And this brings us to what is arguably the darkest entry in the series, the third book, Wizard Squared, which demonstrates the series’ trademark blend of whimsical humor and comedic dialogue the likes of which would not be out of place in a Terry Pratchett or Douglas Adams book crossed with a starkly dark side that belies its simple exterior, often luring the reader into a false sense of security that the protagonists–as characters in what seems to be a comedic fantasy novel–are safe from true harm, only to plunge the dagger in just when one is most vulnerable. Wizard Squared features any number of devastating events, and culminates with one that has all of the cruel efficiency and pain of an unexpected punch to the gut. 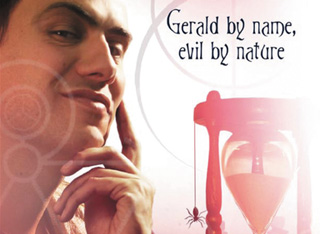 The brutal impact of the ending, as well as that of the course of the entire book, will be greatly minimized if you begin reading the series with this volume, for it is all so throughly rooted in past events.  The climax of the first novel, The Accidental Sorcerer, hinges on a crucial decision made by the protagonist, Gerald Dunwoody. He chooses correctly. This story, however, asks the question of what would have happened had he not. In keeping with quantum theory, another Gerald in another dimension made the wrong choice, thus setting into effect a completely different and thoroughly harrowing timeline that proves in every way to be the nightmare opposite of the one we know from Books 1 and 2. Think the non-George Bailey universe in It’s A Wonderful Life, but a billion times worse. It is, therefore, crucial, that one be well-versed in the universe that should be, so as to grasp the utter wrongness of the one that should not.

Mills’ conceit of the parallel dimension proves to be an absolutely fantastic method of dealing with issues that Gerald has been grappling with since the close of the first novel. Despite the fact that he saved the day (and I don’t think that’s really too much of a spoiler for this genre, is it?), there were aspects to the means by which he did it that have never sat right with him, and parts of himself and his extreme abilities that have frightened him since then. Wizard Squared forces him to face his deepest fears about himself, while simultaneously showing him that, while there may have been no perfect way to resolve the threat in The Accidental Sorcerer, he did the best he could possibly have done. It could have been much, much worse. The phrase, “you are your own worst enemy,” has never been more terribly apt. It is also to Mills’ credit that the events of this novel leave Gerald irreparably altered. There is a price to be paid for his knowledge gained, and it might be large enough to shatter him all together.

While this all may sound quite bleak (and much of it is), the novel rarely descends too long into grim proceedings without Mills’ easing the tension with her phenomenal sense of humor. The rapid-fire dialogue between the often squabbling, always loving and supportive friends remains as entertaining as ever, and while some may question the length of some of these conversations that often stretch to many pages, they are really what gives the series its heart. We can accept the sometimes stunningly dark places Mills often takes our characters, because we know that we will also be graced by such wonderful scenes between this ragtag, unconventional family of sorts. No matter how fraught events get, Reg will be there to put things in perspective, in her singularly cheeky way. The dialogue has such clever give-and-take that the reader can practically hear the characters’ voices chiming in their heads, in such a thoroughly naturalistic manner that each novel feels like a reunion with dear friends. The ease and comfort of these scenes also makes the alternate universe all the more disturbing, particularly when one takes into consideration just how narrowly the characters avoided the fates that befell their mirror selves. 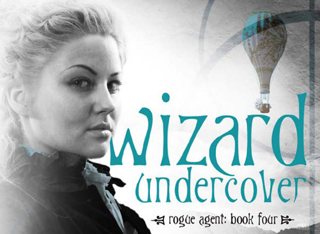 And lastly, we have the most recent chapter in the saga, Wizard Undercover, which, like Witches Incorporated, acts as a sort of cooldown after the extremely tumultuous events of the previous volume. In this case, however, this respite from high tension is even more necessary as not a single character emerged from Wizard Squared unscathed. That isn’t to say that this adventure is devoid of suspense or intrigue but that it is far less emotionally brutal than the last book. The plot, which entails Gerald, Melissande, and Emmerabiblia embarking on a dangerous undercover mission to uncover potential sabotage at a wedding meant to unite the rival kingdoms of Splotze and Borovnik, while thoroughly engaging is less interesting than what is going on inside the characters’ minds and between them. While they are all still friends, none of the gang is fully comfortable with each other for much of the novel, and in large part, this mission allows them to deal with their issues. In many ways, it feels like a transitional novel, allowing the main characters to grieve previous events, come to terms with how they are all changing as people, and to reassemble in order to be ready for what I’m expecting will be the far more epic events of the next.

And so, while on the one hand, no, this isn’t quite as viscerally heartpounding as Wizard Squared, I’m also glad it isn’t, because it allows the humorous aspects of the series to once again take center stage, even while underneath the surface, the characters continue to suffer from the emotional fallout of recent events. This means there is a bit less of the camaraderie that made the characters’ relationships so delightful in the first three books, yet it also paves the way for them to get back to that place in later installments, and in many ways, emerge even deeper friends because of this trial. The series’ darker side has always been what has distinguished it from the bulk of humorous fantasy, and here, Gerald’s shadowy government boss, Sir Alec, becomes more interesting than ever before because his actions in regard to our team are more morally-ambiguous-verging-on-genuinely-troubling than in the past, while at the same time, it is easier to sense his submerged humanity and capacity for compassion peek past his humorless facade than in previous books. Also, as far as Gerald is concerned, his powers continue to develop in ways no one could have predicted and his internal struggle grows even more complex.