[Note: The following review contains some minor spoilers for Sanctuary Season 1–but only enough to pique the interest of those who might be curious to start watching.]

I’d been curious to see Sanctuary for a number of years now for a number of reasons, among them the fact that it stars and was produced by Amanda Tapping, who I loved so much as Samantha Carter on Stargate SG-1 and Stargate Atlantis, as well as that it is a true genre hybrid that utilizes elements of steampunk, sci-fi, horror, mythology, comic books, and secret history in a manner that always seemed extremely compelling to me. Before this past week, however, I never quite found the time to fit it in, but news of Syfy’s cancelation of the series at the end of its fourth season inspired me to finally give it a try. And I am so glad that I did. 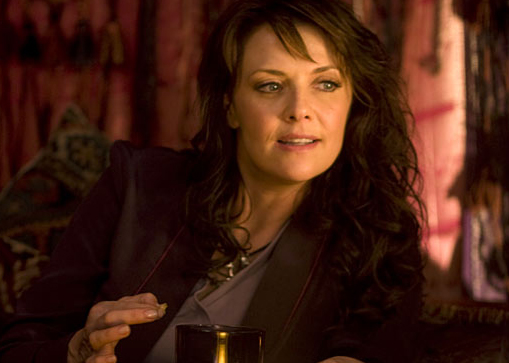 There may be nothing new under the sun, and Sanctuary certainly borrows pieces of and inspiration from a wide variety of sources, but the exact manner in which it melds all of these disparate threads together rarely feels anything less than utterly fresh and unique. In the Sanctuary universe, lurking underneath and around the edges of the modern-day human world is another world that the majority of people don’t know exists. Practically every creature of mythology and urban legend from Bigfoot to mermaids to werewolves to elementals and beyond are real, though many today have been driven near to the point of extinction. Enter Dr. Helen Magnus (Tapping), a brilliant scientist who specializes in cryptozoology, xenobiology, and teratology and who has made it her life’s work to protect these creatures–referred to as “Abnormals”–from mankind and to, in some cases, protect mankind from the more dangerous of these creatures, through the use of the Sanctuary Network–an interconnected series of mammoth institutions that look like sprawling Gothic castles that she has set up in multiple countries, offering safe haven to those Abnormals (sentient and non-sentient alike) who need it. In some cases, the residents of the Sanctuary (the head one being in a metropolis known as Old City) are the only remaining specimens left from their species. Magnus is kind of like a brunette, female Professor X.

At its heart, then, Sanctuary focuses on a small group of peaceful monster hunters, so to speak, who track down strange and bizarre creatures, many of whom are (often unintentionally) wreaking havoc on the human population. This aspect of the series calls to mind shows such as The X-Files, Fringe, and Warehouse 13, with our heroes identifying an odd mystery or seemingly supernatural occurrence and then attempting to solve it, while keeping the general populace in the dark, in order to maintain public safety. Joining Dr. Magnus are Dr. Will Zimmerman (Robin Dunne), a brilliant, young forensic psychologist with a mind and attention to detail to rival Sherlock Holmes and who had been mocked in his previous line of work due to his often seemingly outlandish theories; her daughter, Ashley (Emilie Ullerup), a brave young woman who she has raised to be a badass hunter/tracker in her own right; Henry Foss (Ryan Robbins), a computer geek with a sweet-natured temperament hiding underneath the wisecracking facade that he often uses as armor to protect himself and his own Abnormal secret; and a manservant who seems to be of the Bigfoot species (Christopher Heyerdahl) and has a heart as large as his growl. 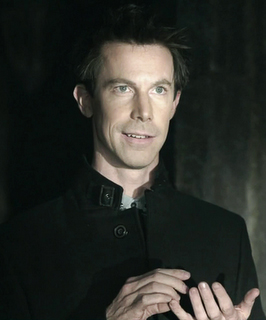 If this show were merely about this band of misfits capturing bizarre animals and hybrids (like a more humane Supernatural), it would likely still be a very fun one, and yet Sanctuary has an additional layer that makes it all the more unusual and imaginative–and this is where the steampunk comes in–for, you see, Magnus hasn’t only been in the business of protecting Abnormals for one lifetime but for the span of several. Although she looks no older than 40 at the most, she is 157 years old. Back in the 19th century, in the interest of scientific pursuit, she and four other colleagues, known as the Five, injected themselves with a serum derived from ancient vampire blood, known as the “source blood,” which gave each of them unique powers, her magical gift being longevity. In addition to Magnus, the other four members of the Five were the actual Jack the Ripper, Nikola Tesla, the actual Sherlock Holmes (or rather, the man who inspired him, amusingly named Dr. Watson), and a man who became the original Invisible Man after being injected with the source blood.

It is one of Sanctuary‘s most refreshing conceits that vampires were entirely exterminated hundreds upon hundreds of  years ago by the Church (vampires did so much for the betterment of science, art, and reason that this ironically set human civilization back and the Dark Ages into motion). The only one who remains is Tesla, who became a half-vampire after using the source blood. That’s right, Sanctuary features a vampiric Nikola Tesla with additional whizzbang electricity powers, and, played by the marvelous Jonathon Young, he could not be any more delightful. He is just as flamboyant, brash, charismatic, morally ambiguous, and lovably conceited as I would wish for Tesla and always seems to be having the time of his life. Also, although you might expect that a steampunk show that features Vampire Tesla would go out of its way to make the historical Tesla seem like the greatest thing since sliced bread, Sanctuary actually doesn’t worship at the Tesla altar. It acknowledges his genius but at the same time also references those historians who claim that Edison was the real genius–both viewpoints are represented (we learn that most people back at university, including the rest of the Five didn’t like him very much!), and both work for the character, whether you want to believe he has the chops to back up his lofty claims or if you think he’s all a lot of hot air.