Currently, I’ve been rewatching and blogging on The Adventures of Young Indiana Jones, continuing last week with the twenty-first chapter, “Scandal of 1920”. Before proceeding with the next and final chapter, here are a few things you should know, if you haven’t read the earlier post: 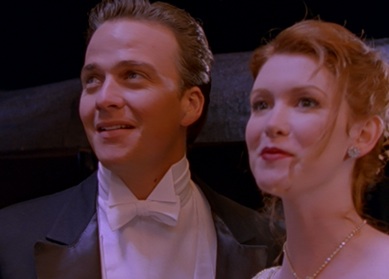 And there we have it, the final episode of Young Indiana Jones. I almost can’t believe I’ve finally made it through the entire thing! Overall, it has been a remarkable journey. The show has at times truly stunned me with the level of its filmmaking and scope, other, less frequent times frustrated me with its sometimes meandering nature and tendency to hit the same points repeatedly, but overall, it has been an extremely worthwhile experience. It’s awesome to be able to finally see the entire run of a series that I loved as a child but was too young to fully grasp, and to still find it genuinely impressive all of these years later, particularly given that 1990s TV dramas haven’t all aged nearly as well. Naturally, the historical settings helped a great deal, not to mention the links with the Indy film series.

The question is, though, whether this final episode is a satisfying, fitting tribute to all that came before, as well as the man that Young Indy will one day become, and I’d have to give that a bit of a mixed response. On the one hand, for what it is, it’s a fantastic episode. I have always had a fascination with old Hollywood history, and this story, which has Indy working for one of the heads of Universal Studios on the sets of Erich von Stroheim’s classic silent film, Foolish Wives, and then one of John Ford’s early silent Westerns, proves a great opportunity for Young Indiana Jones to explore that fertile ground.

After one of the actors on the latter film tragically dies, Indy even takes over his cowboy hero role and, completely by accident, due to the klutziness that has plagued his character–albeit sporadically–throughout the series, ends up performing a stunt that foreshadows similar actions from the Indiana Jones films. It is, namely, one in which he has to jump from one horse to another, ends up missing, being dragged behind the carriage and then manages to climb it from underneath, finally working his way back to the top. Since the Indiana Jones films themselves were tributes to old pulp serials, it is fitting and wonderful, both on textual and meta levels, that we learn here that part of what shaped the veritable “superhero” (for lack of a better word) that Indy becomes actually grew out of working on those films. And, so in a way, this final episode is a beautiful tribute both to the films/film character archetypes that inspired Indiana Jones, as well Indiana Jones himself. A series about a classic film character inspired by other classic film characters ends on an episode of him learning from those very characters. In many ways, that’s perfect.

On the other hand, this episode doesn’t seem to have been designed as an intentional series finale, particularly because it doesn’t feel like a natural narrative climax to all that came before. As with the previous two episodes, which I both enjoyed to varying degrees, I do find it a bit disappointing that archeology–the very thing that is meant to ignite Indiana Jones’ passion–is handled in such a tertiary manner in the show’s final installments. I would have loved a final episode that brought together all of the various themes and threads of the preceding show–young Indy’s hopes, dreams, experiences both dark and uplifting, and aspirations–and demonstrated how all of these things coalesced into the formation of a character significantly further along to becoming the legendary Indiana Jones. The final scene, in particular, doesn’t feel like a goodbye to this version of the character, and this is probably due not only to this not being originally intended as a series finale but also the out-of-chronological-order nature of the series’ original structure. It certainly could have been far worse and ended on a random episode that didn’t center on an homage to the classic cinema that led to Indiana Jones’ inception. As I’ve mentioned in past reviews, I also understand that it can be hard to dramatize a character passionately studying archeology at university. But a large part of me wishes that they could have found a way to more strongly link Indy’s adventurous streak with his thirst for knowledge of the ancient world, as it would have made for a stronger character arc, as well as a stronger finale.

There is a lot of great stuff here, though: Indy’s aforementioned stunts, the old Hollywood history lesson–in addition to being full of terrific factual details about von Stroheim, Ford, their films’ production, etc., such as Indy, while traveling with the crew to the location for Ford’s Western, saying it’s a shame that they can’t film the current sunset, and Ford deciding to stop all of the cars in their tracks in order to get the shot (he would later be known for the wide Western vistas of his films, filled with many such shots), there is also a wonderful and slightly frightening bit in which we see fake snow falling on the set of another film, and discover that the snow is being dumped from a big box labeled “asbestos”!–and the first relationship Indy has had that truly overturns his expectations. Whereas in the previous episode, he was juggling three girls at once, in this episode, Indy falls for a young screenwriter who has another boyfriend but is entirely upfront about it (apparently to both Indy and the other guy), seeing no problem with seeing more than one man at once. On one level, after his behavior in the previous story, Indy deserves it; on another level, however, it’s great to see such a forward-thinking woman who, for all intents and purposes, puts Indy in the stereotypical female-in-the-relationship role, which is particularly refreshing in an episode that is so much about examining the classic Hollywood hero that inspired Indy.

Speaking of Hollywood, I’ve had such a great time doing these reviews that I figured I might as well be a completist and do the entire Indiana Jones screen saga, especially given there are only four more to go, and so, next, I’ll be revisiting and posting on each of the Indiana Jones films, beginning with Raiders of the Lost Ark. (Technically, Indiana Jones and the Temple of Doom is a prequel, but I actually think it works better to ignore the year and just pretend it takes place after for a number of reasons which I’ll discuss when we get to that film.)

Next: Raiders of the Lost Ark