At first, China Miéville’s young adult fantasy novel, Un Lun Dun seems to be part of a long tradition of children’s stories wherein otherwise seemingly ordinary children travel to a magical world and end up either being revealed as a Chosen One of prophecy, doing extraordinary things, being crowned as royalty, fulfilling a quest, or some permutation of the above. Often, wordplay and other forms of carefully crafted nonsense are involved in the construction of the world. Examples include Lewis Carroll’s Alice books, Norman Juster’s The Phantom Tollbooth, C. S. Lewis’ The Chronicles of Narnia, L. Frank Baum’s Oz books, and so on and so forth. 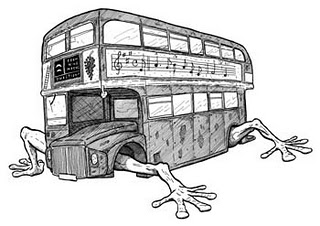 The novel opens on two young girls–the tall, blonde, Zanna and the short, dark, Deeba–who find themselves drawn into a magical counterpart to London, known as UnLondon, full of all sorts of bizarre sights such as houses shaped like letters, fists, hats, and other odd things, buses with reptile legs instead of wheels, men with birdcages where their heads should be, ghosts, unbrellas (an umbrella that is torn or broken, and thus no longer an umbrella), and talking books, and which features such famous locations as Webminster Abbey (populated by giant spider-like creatures, naturally) and the River Smeath (which, unlike the Thames, is completely straight). Upon arriving there, they learn in short order that this world, as well as theirs, is being threatened by a malignant creature referred to as Smog and largely composed of pollution from their London, and furthermore, that the beautiful Zanna is the Chosen One, or the Shwazzy, a girl whom the prophecies claim will come from London to rescue UnLondon from this terrible blight.

For the first hundred pages or so, Un Lun Dun reads as an entertaining, clever, but not particularly innovative entry in a well-worn genre. Then, however, things begin to change, tropes become twisted, hard and fast rules are broken, and it becomes clear that Miéville wove this tale specifically to subvert this sort of tale. And the further in one goes, the more ingenious it becomes, as Miéville challenges each and every mainstay of the genre. What if prophecies are wrong, and not in the sense that they are a little flawed but that they are almost completely and utterly incorrect in nearly every way? What makes one qualified to be a Chosen One (and why is it usually the white character)? Why must quests always be carried out in a particular, pre-ordained way, each step chosen before the hero even begins? Why don’t sidekicks ever get any appreciation? These are all questions that Miéville asks over the course of the novel, using the brilliant conceit of a talking book of prophecy as a meta manner for the protagonists to directly challenge the words that seem to have been written down for them.

Along the way, Mieville continues to tweak what is expected of the genre. He presents anthropomorphized inanimate objects and animals that seem to be straight out of a Disney animated feature, but twisted. One, for example, is Curdle, a small, crumpled carton that smells of sour milk, another a broken umbrella, while others are odd but often adorable animal hybrids. Being cute or lovable, however, does not mean one is necessarily safe. Over the course of Un Lun Dun, good, sweet, and helpful characters sometimes die. Miéville doesn’t do this to be cruel but to reiterate that this is not a typical children’s story. The stakes are higher than usual, which makes the story all the more compelling, because we never know what is coming. 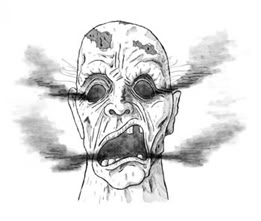 Furthermore, Miéville deals with what he considers to be some of the more negative, ingrained tropes of the genre, such as prejudice. Fantasy novels will often feature races that people don’t trust or who are all labelled villains by dint of being what they were born to be. Miéville deliberately subverts this by having the good guys’ prejudice against one race in particular nearly contribute to their downfall. Meanwhile, the other hordes of villains aren’t of a particular race or creed but are mostly being controlled by the Smog–many of them reanimated corpses, or smombies. Along the way, Un Lun Dun also makes the political situation far more complex than the average children’s book. Often, otherwise good people are fooled into helping the enemy due to either gullibility, hubris, or both, and therefore they become people our heroes must avoid, as well. Miéville makes some extremely profound statements about how people will sometimes ignore their better judgment and back the wrong people, and how often, the more they begin to suspect how mistaken they were about backing the wrong people, they will grow even more defensive and vocal in their support of the wrong people, for to do anything else would be to admit that they had been duped, while other people who were allies will succumb to a villain’s demands due to weakness or fear.

And there is even more to rave about, such as how Miéville’s wordplay, while always fun and witty, often serves a deeper 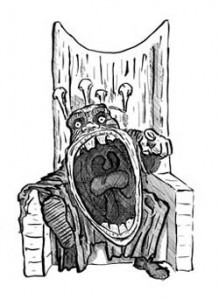 purpose. Yes, it is filled with punnery galore, but even more impressive are those times where the wordplay actually unlocks crucial aspects of the plot. Sometimes an UnLondon word will turn out to be a misheard London word, the revelation of which unravels a mystery, while other times the discovery of the full implication of a word will help our protagonists solve a dilemma logically, in a manner that seems so simple and straightforward in retrospect, the reader marvels that she or he didn’t think of it first. In Alice in Wonderland, Humpty Dumpty says that he is the master of all words, and that they can mean whatever he wants them to mean. Un Lun Dun has Mr. Speaker, a character that espouses a similar philosophy, yet Mieville uses him for a different end: to reveal one of the major philosophies of his novel, namely that the listener, rather than the speaker, defines the meaning of a word. This concept proves to be the crux of Un Lun Dun.

An exquisitely written story that functions as a superb deconstruction of a library’s worth of children’s literature classics but at the same time should be thoroughly captivating to children not yet old enough to realize how subversive the novel is, Un Lun Dun is not only funny, freewheeling, and inventive but also genuinely suspenseful in a manner often reserved for adult action films and thrillers. The bad guys, however, are almost always defeated through the intelligent application of knowledge rather than simple violence. It is also filled with beautiful illustrations drawn by Miéville himself. In a word, underful!