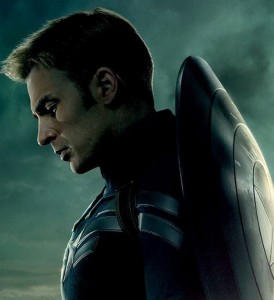 Marvel’s Film Universe is one of the most impressive and successful (financially and artistically) Hollywood franchise experiments of all time. For the first time since comic book movies became a thing, no longer is each hero bound to a single film continuity, with nary a crossover in sight. Not only can superhero characters appear in one another’s films in this series but actual meta-arc elements can unfold from one installment to the next, and now even impact the concurrent TV series, Marvel’s Agents of S.H.I.E.L.D., as well. As a film, TV, and comics fan, this is an incredibly exciting thing to witness and take part in, as now in addition to replicating the look of comic books, comic book films can replicate their narrative structure, as well. This is the screen equivalent to one of those immense, epic events that Marvel and DC do every now and then, which involve every hero in their lineup in one huge, overarching story.

And the latest installment, Captain America: The Winter Soldier, arguably does the best job of any Marvel Film thus far–other than The Avengers–in perfectly servicing both the main characters in this specific adventure as well as advancing the larger saga at the same time. In some ways, it’s even more impressive here, as The Winter Soldier is, at face value, a one-hero spotlight film, yet manages to not only explore and remain centered on both of its title characters, namely Captain America and the mysterious Winter Soldier, but numerous recurring characters in the rapidly developing Marvel Filmverse, as well, and furthermore to forever change the face of said Filmverse.

The previous Phase 2 films, Iron Man 3 and Thor: The Dark World, are both wonderful, as well, yet–despite numerous shared universe references–mainly focused on their lead characters’ stories. The Winter Soldier works as a crucial, gamechanging chapter for both Captain America and the Avengers, and almost paradoxically, might be the first Marvel installment that isn’t only a great superhero film but an excellent any-sort-of film, period. The superheroics are there, and are thrilling–including some of Marvel’s best, most creative action set pieces yet–but are largely subservient to a surprisingly dark conspiracy thriller plot that threatens to forever unravel all we had believed about the way the Marvel world is run, and to simultaneously comment on the hidden, rotting corruptions embedded in our own government institutions, as well.

In both the Marvel films and on Agents of S.H.I.E.L.D., it had been sometimes difficult to judge whether S.H.I.E.L.D. was meant to be considered a good, trustworthy institution or a kind-of-creepy one that justifies denying people of their civil liberties for the greater good. Captain America himself always seemed uneasy with it, yet at the same time we were theoretically meant to be cheering their efforts. This film, for the first time, addresses those issues head-on and the answers–which explain a great deal–are as surprising as they are world-rocking–so much so, in fact, that they are having an immediate and shocking effect on Agents of S.H.I.E.L.D., in the latest episode and beyond. Never has a TV series been so indelibly linked to a film that came out that very week that narrative fallout from the film is felt on the very next episode of television, just a handful of days later, and it is amazing to see.

At the same time, as previously mentioned, The Winter Soldier doesn’t just use Cap as an excuse to introduce a connective-tissue-S.H.I.E.L.D. story but is also a Captain America film, through and through, that zeroes in on our beleaguered, out-of-time hero, Steve Rogers, and confronts him with ghosts of his past that spring directly from his previous name-film. And, as the film proceeds, we learn that both past enemies and friends of his from the 1940s may not be as buried and gone as he had expected, and that those very enemies and friends have also always been at the heart of the entire Marvel Film Universe meta-story. We just hadn’t realized it until now. In retrospect, the first film’s subtitle, The First Avenger, makes more and more sense, because it doesn’t only reveal Cap to be the first superhero in this universe but the inciting force of the whole saga. Viewed under this lens, it’s only right that he be at the heart of its first genuine uprooting.

He’s also the perfect hero to deal with and uncover this new/old threat, because of what he represents. People tend to characterize Cap as the ultimate jingoistic, propagandistic, boy scoutish, rah-rah-America hero due to his name, and yet what the first film did so well was to depict a Captain America who was never fully comfortable with that moniker: a scrawny, gawky, surprisingly brave young man who wanted to fight for his country and agreed to have his very body scientifically reshaped to do so only to then find himself denied the opportunity and instead thrust in front of audiences and cameras as a sort of war mascot to convince citizens to buy bonds in the name of patriotism. This Steve Rogers was being treated like a trained monkey by the US military brass and had to become a hero on his own terms, brazenly disobeying orders in order to prove himself and rescue a whole battalion of seemingly lost men–including his best friend, Bucky–in the process.