[Note: The following review contains spoilers for all aired episodes of Penny Dreadful, including the most recent, “Séance”.] 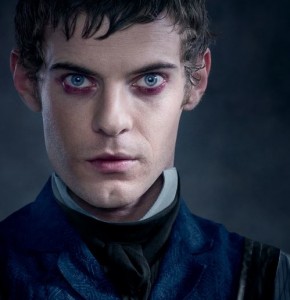 Last week, I was completely captivated by the debut episode of Penny Dreadful, particularly by those mesmerizing final 10 minutes of the show, which presented a twist on the Frankenstein story unlike any other I had ever seen. Its tantalizing blend of surprisingly emotional, character-driven mythology, suspense, and mystery continues to build in the second episode, “Séance,” even as the show further expands its Victorian horror universe with new characters, including at least one more famous literary name. Although, at the outset, I had expected a campy, comic-booky, splattery production, Penny Dreadful is even better than that. It is a genuinely dark, enthralling piece of televisual pop art that is less interested in fleeting, cheap scares–the splatter is there, but it’s intelligent splatter–than in developing a gradually mounting sense of dread, alongside complex, deeply human characters. It is at once more down to earth than I expected while also more interested in creating a true sense of ineffable awe at the supernatural, and it is already doing so more successfully than any show I’ve seen since Carnivale.

There is also something rather alluringly out-of-time about the show’s unfolding narrative, and not just in the literal sense of its 19th century London setting. Penny Dreadful is taking its time in setting and populating its stage in a way that is extremely unusual in today’s television landscape. Not only has the show taken its first two hours out of eight to introduce all, or at least most of, the major players, but as of now, it’s still not clear exactly what the main thrust of the plot will be. In a world where networks desire very clear pitches in order to define for audiences what each show will be about, this is very unusual.

While, two episodes in, one can describe Penny Dreadful‘s atmosphere, environment, and some character descriptions, we still don’t know how these people will all come to relate to each other, nor what exactly is going on. Vanessa Ives and Abraham Murray attempted to bring Ethan Chandler into their dark world of mystery last week, and yet he rejected it at the time and still hasn’t rejoined. Irish prostitute, Bronna Croft (played by Billie Piper, best known for Doctor Who and Secret Diary of a Call Girl), crosses paths with him and, even more memorably, Dorian Gray this week, but how they will all come to narratively merge with the seemingly Egyptian-curse-raised vampires, the gruesome serial killings, the Frankenstein thread, and more is still completely up in the air.

Given that, it seems easiest to address each of the subplots separately, at least for now:

Frankenstein and His Monster(s) 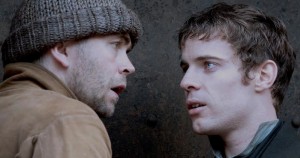 I’m starting off with the most striking element of the episode, and the series thus far, because more than any other plot thread, I cannot take my eyes away from it. Last week, I was absolutely stunned by the birth-of-Frankenstein’s-monster scene, which quickly moved from breathless terror at the corpse’s initial disappearance to breathless awe of a very different sort, blending the wonder of creation, fatherhood, and undeniable homoeroticism into one of the most powerful moments of filmmaking I’d seen in a long time. Rather than the horrific creature one would have expected, this so-called monster began life as gentle and a bit childlike. At the same time, there was a sensuality to the manner in which he wiped Victor’s tear away, a palpable spark between the two and magnetic force drawing them together so powerfully, I nearly expected them to lock lips. Rarely is silence on screen so compelling.

In this episode, that mixture of a father/son dynamic with that of a couple continues to develop in fascinating ways. Throughout their scenes with one another, both men seem captivated with each other. There is clearly complicated love on many different levels going on between the two of them, even if literal romantic feelings are either sublimated or not fully recognized by either. Victor surely has no small amount of fatherly pride whilst guiding his new creation, even as Proteus–a name the “monster” (for lack of a better word) selects for himself when Victor flips through a book of Shakespeare, and which is both symbolic and, in this case, ironic, for numerous reasons that I’ll get to in a bit–seems to, at least at first, rely on Victor entirely. Not unlike a child or pet, he is fearful of being left alone when Victor has to go out on an errand. But in the way they physically touch each other, which is always gentle and even yearning, there’s clearly a very complex relationship forming, psychologically.

For the majority of the episode, I was wondering where this was all leading. Would Proteus eventually become the monster that he seemed destined to be, from literature? What would Victor do to reject him? Would taking him out into public provoke fear from others and thus set him on his path? Part of me desperately hoped it could be subverted, because of what a beautiful, even lovable character the actor, Alex Price, was creating on screen, one full of hope and wonder. While other people wandered through the gray, filthy London streets around him, seeming either downtrodden or oppressed by the gloom, he instead basked in the glow of the sun, which he could before only see gleaming through the small window into the underground laboratory, and took joy in simply being alive, each new stimulus he encountered miraculous and new to him. At the same time, he was also starting to get in touch with his former life in an entirely unexpected way, beginning to get small flashes of memory as to who he used to be.