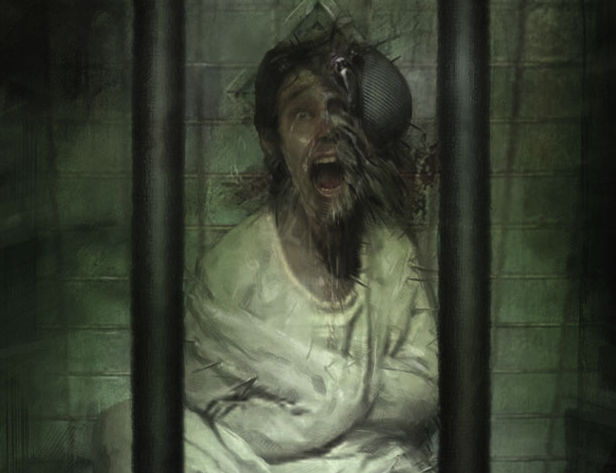 And what might be Green’s most remarkable accomplishment with these books is how he weaves in these elements of depth that make Ulysses such a compelling character and the world of his series so complex and well-crafted while at the same time never losing a sense of pure, unadulterated fun. Throughout the series, Ulysses faces some creatures and situations that, in another context, might be fairly ridiculous, but Green grounds each novel in its own emotional reality, while also surreptitiously winking to the audience. Which basically means that while the plots might be camp in nature, the characters inhabit their realities so fully that, as readers, we take their situations seriously in the moment even while being able to chuckle at the self-aware pulpiness of it all. The Ulysses Quicksilver adventures function simultaneously as often nailbitingly suspenseful rollercoaster rides and as gleeful genre pastiche/satire at the same time, with neither aspect diminishing the other. In many ways, this makes this series the ultimate mash-up, not only between various literary influences but between straightforward and self-referential sci-fi tale.

Also, rarely is the term “dreampunk” so apropos in a steampunk series, because the Ulysses Quicksilver novels incorporate nearly every element of Victorian fantastical literature, from the speculative to the flat-out surreal. As previously mentioned, this world has dinosaurs, space travel (even aliens), and on top of that, vampires, werewolves, time machines, golems, superheroes, hellhounds, human-insect hybrids, krakens, and more. It even brings in that other great villainous force from pulp of a slightly later era–Nazis. And it incorporates each of these elements with limitless invention and creativity and stunning craft.

Furthermore, while each installment in the series fits into the larger narrative (which is full of all sorts of suitably serialized twists and turns, revelations and reversals), the world of Pax Britannia incorporates a staggering number of various story influences. The first novel, Unnatural History, is a straight-up adventure story with dinosaurs, men devolving to their prehistoric origins, and an assassination plot against Queen Victoria. The second, Leviathan Rising, is basically 20,000 Leagues Under the Sea meets Titanic meets The Poseidon Adventure meets Agatha Christie’s And Then There Were None–a cracking, pulse-pounding disaster film of a story set on a submerged ocean-liner-cum-submarine in which, after disaster strikes, the survivors have to contend not only with a monstrous, tentacled creature from the deep but a mysterious killer picking them each off, one by one. 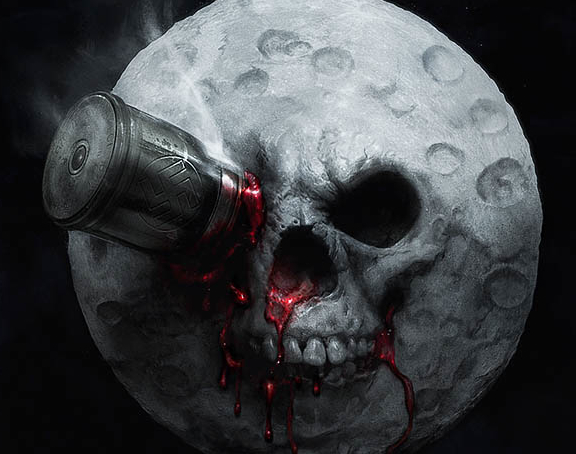 Then we have Human Nature, a mad science smorgasbord that features humans crossed with various other creatures, along with a fantastic central act inspired heavily by Doyle’s The Hound of the Baskervilles, and Evolution Expects, with a creature from Jewish mythology, a Rocketeer-like superhero, and a weather station that might be the solution to London’s pollution woes. Blood Royal then takes us on a trip to alternative history Russia for a tale filled with vampires, werewolves, spies, and Rasputin himself, Dark Side takes us to the lunar colony for good, old-fashioned B-sci-fi space alien fun, and Anno Frankenstein takes us back through time to a steampunk-infused second World War, where we meet Ulysses’ good old dad, Hercules, among others, including the aforementioned Dr. Jekyll and Mr. Hyde, the latter of which bears a striking resemblance to a certain green comic book figure whose favorite word is “smash”.

In addition, nearly every novel in the series also includes a Ulysses Quicksilver novella that adds to the overall narrative in various ways, one of which, “Vanishing Point,” revolves around Victorian spiritualism as well as human teleportation; one of which, “Conqueror Worm” introduces another Quicksilver ancestor, in a tale that includes Lovecraftian aliens, gods, and cults; and another of which, “White Rabbit” introduces Lewis Carroll-inspired virtual reality to the Pax Britannia world and ends on a revelation as maddeningly Carrollian as it is genuinely creepy. Pax Brittania is a literary landscape in which it often feels like literally anything can happen; where, if it could have been dreamed up by a Victorian sci-fi or horror author, it will appear at some point. Love stories, ghost stories, horror stories, tales of derring-do–they all exist in the Pax Britannia universe. And as the series progresses, seemingly disparate mysteries and threads from each novel are gradually coalescing into an epic tale with mysteries to rival Lost.

Green is also clearly having a ball with the countless references he tosses into each story. The character names alone are wonderful, most of them being in-jokes to various sources, acting as fantastic little Easter eggs to readers in the know. For example, in Leviathan Rises, the ship’s second-in-command is named Riker. In Unnatural History, one of the evolutionary scientists who studies dinosaurs is called Professor Crichton, while another is called Galapagos. And there are dozens more where that came from. In addition to being fun to spot, these little gags also act as additional hints to the reader that, even if the author’s tongue isn’t fully in cheek, it certainly isn’t far off. 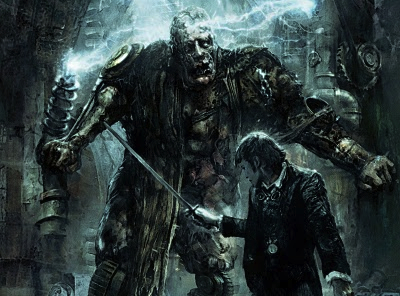 Again, however, at the same time, Green realizes that the success of a well-told story revolves around the characters always taking themselves seriously. Ulysses Quicksilver and company don’t realize that they’re characters in a series of adventure, horror, and action stories loaded to the brim with references to and gags about previous sci-fi and steampunk tales. Their reality is real to them, and by extension, it then becomes real to the reader. Pulp is rarely as well-constructed, intelligent, or overall entertaining as it is in the world of Pax Britannia, and that is the magic of the series–it boils down every component that has made genre writing so endlessly exciting since at least the late 19th century into one overarching narrative while never losing its sense of freewheeling imagination, heartpounding suspense, and most importantly, fun.

PS. Jonathan Green is currently writing a new serialized Ulysses Quicksilver novel, Time’s Arrow, which is being released in three parts by Abaddon, as ebooks. The nifty thing is that, after each part, readers are being asked to vote on where the story will go next. Learn more about this exciting publishing venture at Abaddon Books. I’ve personally decided to wait until the entire novel is published in November, because I’d rather review it as a single work.

PPS. While Jonathan Green created the Pax Britannia universe with his Ulysses Quicksilver novels, Al Ewing has written a USSA (United Socialist States of America)-set series in the same universe that follow the adventures of a Mexican vigilante called El Sombra. Stay tuned next week for my review of that trilogy.