Also, significantly, Ashley’s death is not brushed under the rug or forgotten. It continues to have an impact throughout the season, though naturally to no one as profoundly as to Magnus. As aforementioned, “Eulogy,” the episode immediately following “End of Nights,” deals with the emotional fallout from the tragic events. Amanda Tapping is simply stunning in this episode, beautifully conveying the depth of Magnus’ pain, particularly when she is determined to figure out how Ashley might be saved. Perhaps an odd fluctuation in the EM shield at the time of Ashley’s departure means that she teleported to safety elsewhere; perhaps her signal might somehow still be trapped in the EM shield and could therefore be retrieved. 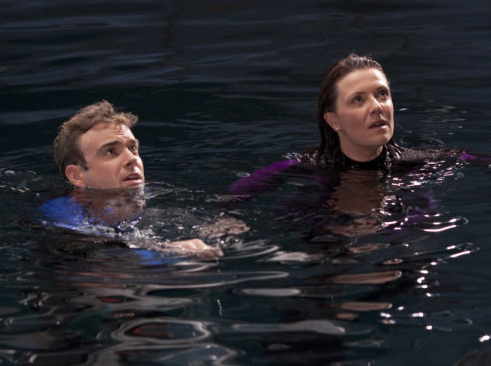 It is to the writers’ credit not only that they understand that, as a scientist who has many times achieved the seemingly impossible, including making herself potentially immortal, of course Magnus would immediately begin trying to come up with methods of reversing her daughter’s death, but also that they confirm that it can’t be done. Due to the fact that so many other sci-fi series do provide a sci-fi method of restoring a deceased character, it is all the more impressive that the writers don’t go there, because who watching this episode didn’t think, “Aha, that’s how this will be fixed!”? And yet it isn’t.

The character writing for Magnus and Will–along with Tapping and Robin Dunne’s performances–is also brilliant, because there is a possibility that Magnus might be right, even while it also seems that the agony of mourning her daughter might be blinding her to the truth; that she might be refusing to let go and grasping at straws that aren’t actually there–and this conflict is superbly played. Will clearly has his doubts but he also respects, cares for, and loves Magnus so much–as well as Ashley–that he helps her, not simply playing along but genuinely wanting her to succeed, even as his psychiatric training and his worry for Magnus as a friend tells him that she’s not thinking rationally. The back-and-forth between Will’s desires for Magnus to be right and his simultaneous frustration with her, along with Magnus’ desire for Will to be honest with her even as she refuses to relinquish what she feels is her last chance to save her daughter, feels painfully real.

And that pain continues to reverberate. In “Fragments,” Magnus even seeks a cure to her “longevity,” since she no longer wants to live forever in a world that no longer has her daughter in it. In “Next Tuesday,” she tries to keep Will from going to a conference and it isn’t until late in the episode that she reveals the real reason–it’s Ashley’s birthday and she doesn’t want to be alone. This is another case of absolutely exquisite character writing, because with the guards she places around herself, it makes perfect sense that Helen wouldn’t want to expose this vulnerability. She often bends or obscures the truth to protect herself, due to issues that include the secrecy required to do her job and to keep her actual age private, as well as her Britishness–and never would this seem more important for her than when dealing with grief. Meanwhile, in “Veritas,” when Helen fakes a mental breakdown, as viewers we actually temporarily consider that it might be the truth, just as Will does, due to how unstable Helen seemed after Ashley’s death. 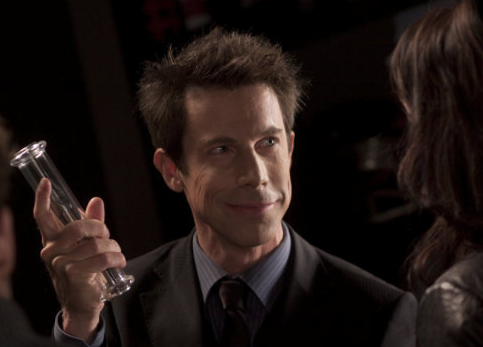 Interestingly, then, the same season in which Magnus loses her daughter (and in which her daughter became an enemy, no matter how unwillingly) also features a number of episodes and plot threads that revolve around the theme of children either disobeying their parents or not turning out as they had expected and planned. In the immensely fun Tesla outing, “Sleepers,” for example, Tesla’s attempts to turn a group of young college students into vampires ends up backfiring, with the kids rebelling against their father figure, capturing him and planning to create more vampires from his blood. In the end, Tesla uses an antidote machine he created to turn them back into humans, but even then, the kids have the last laugh, when one turns the “weapon” on Tesla, robbing him of his vampirism. He had mistakenly thought that, because he was their “father” that they would follow his rules and yet he soon received a rude awakening.

This theme is also reflected in Magnus’ arc. Other than Ashley, her other child in many ways is the Sanctuary Network itself, a network that she set up and is technically head of but which has rules in place that allow all of the heads of the various houses to have a say in its running, as well. In other words, she has to follow the rules or could lose her position, or even be incarcerated by the Sanctuary network. Despite that, Helen doesn’t always follow these rules that she herself put into place. She withholds information from others and at times flat-out lies to the rest of the network, when she feels she must, and although, as a viewer, I am fully on Helen’s side, it also seems that she expects the rest of the network to do what she says and to excuse her when she breaks the rules because she is their “parent” and therefore above the rules. And it seems that, at least in some cases, if she didn’t have this character flaw of rarely being forthcoming even with her friends, that things would actually have worked out better, particularly in the case of Big Bertha, the immensely powerful Abnormal (so much so in fact that she was represented in Indian mythology by the goddess Kali) who has the power to destroy the world, who Magnus claimed to have killed in order to protect the entire planet but had actually secretly kept alive due to her theory of a symbiotic/sympathetic nature between Big Bertha and the rest of the Abnormals, if not all of humanity. Now, it seems that Magnus is correct about protecting “Bertha,” but had she not expected her “children” to stay in line and unquestioningly follow her, the culmination of the season, in which she is outvoted and the Sanctuary network taken from her, might never have come to pass.