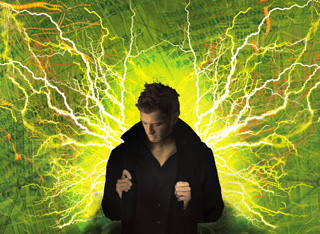 And then we come to the third novel in the series, The Neon Court, or The Betrayal of Matthew Swift, in which Griffin continues to paint one of the most evocative character portraits and portrayals of London I have ever read. Griffin’s London is just as complex a character as Matthew Swift–by turns, human, compelling, relatable, alien, ineffable, and unknowable, all at once–and in that, they come to reflect one another. With this third tale, Griffin’s freewheeling energy and creativity are off the charts, and as in the second Matthew Swift story, she uses pieces that she laid down in previous chapters of the saga to inform and drive the plot of this novel.

Once again, London is under threat, this time due to a vast conspiracy that involves a war between the Neon Court–a modern version of Faerie, whose magic is now made of neon lights and the pulse of the city rather than nature and woodlands–and the Tribe–a magical gang of rebels who use body modification as a means of transcending their human trappings and physicality (both of which were referenced but not delved into in A Madness of Angels and The Midnight Mayor); a Chosen One of prophecy; an assassination; a seeming zombie; and a mysterious creature that threatens to swallow London whole, in literal and metaphysical darkness. Once again, Matthew Swift, the reluctant Midnight Mayor, has to set everything right.

Over the course of the novel, Griffin unveils revelations that might cause readers to reevaluate their stances on characters we have known since the very first book, and beautifully utilizes the vast cast of characters and the rules of the world she has set up in previous novels but digs even deeper than before, adding further layers to an already multilayered work. In some ways, this installment is built around Matthew Swift unexpectedly reuniting with various people from his past who were crucial to his development as a person/godlike entity, and through them, he is forced to examine himself and what he has become in a whole new light, all while in a mad race against the clock. He is also given new challenges, such as mentoring his first apprentice, Penny. The novel is written in such a manner that I suppose would allow it to work as a first exposure to Matthew Swift, but that is not recommended. So much of its emotional resonance comes from building on previous events.

Griffin doesn’t play safe. She is willing to put her characters in harm’s way and to even kill them when least expected. She has a keen sense of tragedy, as well as a lovely and often dark sense of humor. She constantly finds the humanity in the magic and allows her characters to grow, to change, and to learn more about themselves. As the Matthew Swift series progresses, Griffin weaves a powerful literary spell that continues to dazzle with its genius and its heart. 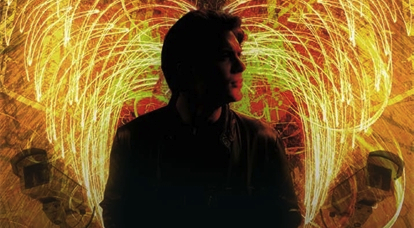 And that genius and heart is on full display in the most recent installment, The Minority Council (the first Matthew Swift novel to not receive a subtitle), which might just be the best book in the series to date. It certainly contains some of Griffin’s most gorgeous prose. Previous Matthew Swift stories have included prolonged stream-of-consciousness sequences that take us into the fractured, sometimes ineffable mind of our singular hero. The one that constitutes one of this novel’s major climaxes takes the series to an entirely new level, with Matthew’s interior monologue divided between two voices speaking simultaneously (vertical, dividing lines on the page indicating when they’re speaking in unison, when they overlap, and when they alternate, as you’d find in a musical libretto). To say that I was stunned by this scene would be an understatement. It’s quite simply one of the most powerful pieces of writing I’ve ever read, a cacophony of language bubbling and boiling and building until reaching a fever pitch of emotion whose intensity was unparalleled by any scene I’ve ever seen on film.

As for the rest of the novel, in some ways it is a bit of a departure from previous Matthew Swift books. For the first time, the fate of the entire city is not at stake here. Instead, Matthew Swift chooses to fight a battle against corruption that he feels has allowed to fester for too long–namely a specific drug known as fairy dust, which enhances magical powers in its users. Although countless people have become hopelessly addicted before disappearing into dusthouses (the equivalent of an opium den or crackhouse), never to return, the Aldermen have allowed the trade to flourish for years, out of fear of the power wielded by its head: a malevolent, dangerous man known as the Fairy Godmother. Because the city as a whole isn’t in danger but rather just a relatively small subset of junkies and homeless people, they allow him to carry on with his business. From the perspective of the Aldermen, all that matters is that the city runs smoothly. Fairy dust is an irrelevance to them. Matthew, however, despite potentially being part-god, is much more human. The injustice infuriates him, though losing someone he comes to care for to the allure of dust also plays a large factor.

And this isn’t the only problem plaguing London that Matthew has to deal with. There is apparently also some sort of clawed creature stalking young, rebellious teenagers in the city and sucking out their minds. Although neither of these plot threads are directly related, they do eventually dovetail together in a surprising manner and both prove to be indicative of the conflict between Matthew’s priorities and those of the Aldermen. They see nothing wrong with antisocial youth being effectively lobotomized in the interest of promoting peace and harmony, whereas that very thought disgusts Matthew.

What might be most illuminating about the novel is that it finally reveals just why Matthew Swift was named the Midnight Mayor in the first place, a revelation that makes perfect sense in retrospect, serves to further deepen Matthew’s journey both before and after, and goes hand in hand with his struggles against the very people who are supposed to be working for him. In the past, Matthew protected London from forces that threatened to destroy it. This time, one could say that he is attempting to protect London from itself–from its own vices, corruption, greed, anger–and from a bureaucratic leadership that systematically justifies countless evils in service of the so-called greater good.

In that way, Matthew Swift truly is a hero for our times who comes to realize that even being the nominal ruler doesn’t provide you with the power to change the world for the better unless you’re truly willing to fight apathy and tradition, factors that can be just as insidious and destructive as plagues made flesh.

Portions of the above review first appeared on Rob Will Review.

Purchase A Madness of Angels