I usually only write about genre on this site, but every now and then, a work of art comes along that affects me so deeply, I can’t bring myself to ignore it here just because it doesn’t fit under a prescribed category. Such is the case with the recent British film, Pride, which I saw in a small indie cinema just over a week ago in New York, and which touched me so deeply and entertained me so much that I proceeded to see it once more in New York the very next day, and then twice more when I returned home to Minneapolis. I haven’t revisited a new film–no matter how much I may have enjoyed it–so many times in the same week, and particularly not in the theatre, since I was in high school, and yet Pride has a magnetic draw over me that I can’t adequately put into words. I simply can’t remember the last time I have fallen so deeply and purely in love with a film. I already practically know it by heart, but I would go again and see it right here, right now, in a heartbeat. Part of me feels as if I would be perfectly happy watching it every single day of my life. It is remarkably uplifting yet at times also shattering. I have yet to emerge from the film without eyes wet with tears, and even knowing it inside and out by this point, I still need a few moments to compose myself after each viewing. And yet it isn’t a tragedy or an emotionally manipulative tearjerker. Far from it. The feelings it provokes in me are some of the most honest and wonderful I’ve ever experienced. I cry largely because I leave each time completely dazzled by peoples’ capacity for kindness towards one another, that even in very dark times, human beings can be remarkable to each other. And Pride has some genuine sadness, too, along with plenty of laughs. Every time I see it, I want to just hug every single person I see on the street. I want to sing and dance. I want to start a revolution. Set during the 1984 Miners’ Strike in the UK, Pride tells the unlikely but true story of an organisation of gay men and women who decided to raise money... 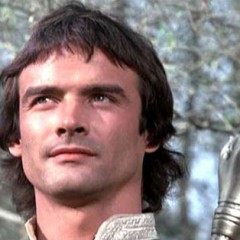 Hawk the Slayer is the most ridiculous film I’ve seen since…well, since last week’s 1980s Fantasy Film Festival entry, Conan the Barbarian, except unlike that leaden, seemingly endless film, Hawk the Slayer is actually a lot of fun. Rather than trying to attain anything approaching the level of operatic grandeur to which Conan constantly strains, Hawk the Slayer seems to revel in its poorly written, directed, edited,... 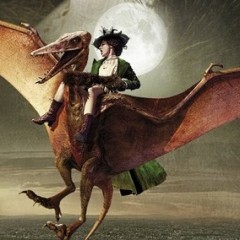 A Dinosaur in Paris: “The Extraordinary Adventures of Adèle Blanc-Sec” (2010)

Based on a popular comic book series by Jacque Tardi, The Extraordinary Adventures of Adèle Blanc-Sec is a delightful, French, steampunk romp set in the early 20th century and featuring a practically unflappable heroine, a journalist/explorer extraordinaire who combines some of the most beloved traits of Indiana Jones, Sherlock Holmes, and Mary Poppins, and also calls to mind Alexia Tarabotti, the literally soulless protagonist of... 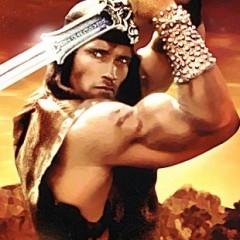 Today, we kick off our 1980s Fantasy Film Festival with the classic sword-and-sorcery film, Conan the Barbarian, which made a star out of Arnold Schwarzenegger and is known for its over-the-top carnage, sexuality, and operatic broadness. Based on the 1930s pulp stories of Robert E. Howard, Conan is a barbarian hero from the Hyborian Age, a fictional period created by Howard that was set after the Age of Atlantis and before any current... 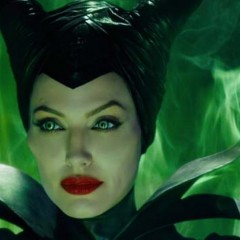 I was completely ecstatic from the first moment that I heard that Angelina Jolie would be portraying a live-action version of Disney’s Maleficent, the self-proclaimed “Mistress of All Evil” from their animated feature, Sleeping Beauty, which just so happens to be my very favorite classic Disney film. If ever a person were born to play a role on the big screen, it is this actress and this character. When mixed to... 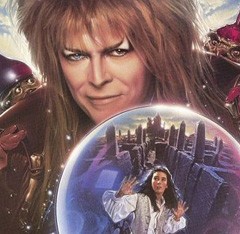 The Eighties were an amazing time for fantasy films–fantasy films that were brilliant, insane, campy, operatic, cheesy, visually stunning, ridiculous, sublime, magnificent, terrible, and/or some combination of the above. Even the bad or majorly flawed ones, however, have a distinctly “1980s fantasy” feel to them that is hard to define but instantly recognizable as being not quite like any other era of genre... 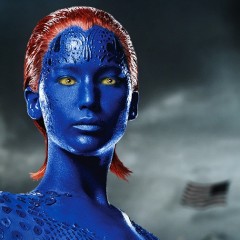 Previous: The Wolverine (2013) [Note: The following review contains MAJOR SPOILERS for X-Men: Days of Future Past, along with most other X-Men films.] When I first learned that director Matthew Vaughn wouldn’t be returning for the next X-Men film after his brilliant First Class, I was disappointed, but when I then heard that, instead, Bryan Singer would be returning to direct his first X-Men film since X2 in 2003, I became...