Ahoy there, me mateys! The Cap’n and I are off on a secret mission of great import that I unfortunately can’t take ya along on. (I’ll give ya hint. It has somethin’ to do with an Easure-ray Ap-may, and that’s all I’ll say! Arrrrrr, a veritable pirate-poet, I be!) So, in the meantime, I’m passin’ control o’ the ship o’er to first mate Rob, who’ll be reviewin’ the most recent adventures of Cp’n Jack Sparrow for ya. Later, me lovelies! 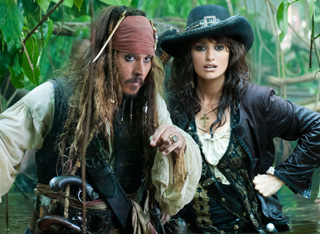 My philosophy of reviewing is to always judge something on its own merits, not as compared with something considered to be better which it never aspired to be in the first place. To put it simply: it isn’t fair to rank every film based on how it compares to The Godfather, because most films not only can’t match up with what is considered to be a masterpiece of cinema, but aren’t supposed to. What is important to ascertain is whether each film (or book or show or play or what have you) is the best film (or book or show or play or what have you) it is capable of being, given what it is trying to accomplish. The Pirates of the Caribbean series may never be considered genius cinema, but it has always been extremely entertaining cinema, and I am one of those seemingly rare fans who will admit to loving all three films in the original trilogy. For me, it is the ultimate pirate saga. I love its blend of high adventure, goofy hijinks, Lovecraftian gods and monsters from the deep, and at times surprisingly complex intrigue. Everything that is awesome about pirates, maritime adventure, B-movie serials, Hollywood, you name it is represented in the original trilogy, with some mighty fun acting from some mighty talented people, to boot.

The latest entry in the saga, Pirates of the Caribbean: On Stranger Tides follows in the original series’ tradition of placing pirates on a quest, loaded with mythology and derring-do and whatnot, though this time Orlando Bloom and Keira Knightley are no longer along for the ride–their characters’ arc having been resolved at the end of the last film–and the indescribable Captain Jack Sparrow is the protagonist. There is always a bit of danger when someone who was once a comedic side character is suddenly thrust into the forefront of the story. In the first three films, Johnny Depp’s Jack was a weird trickster who undercut the otherwise epic gravitas of the rest of the series. He was the main element that kept the Pirates films from seeming as if they were taking themselves seriously. Any time a grand moment occurred, he would arrive to bring it down to earth, to let the audience know that the series has its tongue set firmly in cheek. Without characters like Will Turner and Elizabeth Swann to play off of, however, I had been worried that Jack would not be as effective a creation. And while this may be true to some degree, Depp is still so wonderful in the role that it remains a pleasure to watch him do his bizarre thing. It is equally thrilling to see Geoffrey Rush return to gnaw on the scenery as Barbosa, and to see Ian McShane’s appearance as the legendary Blackbeard, not to mention to witness a truly great, split-second surprise cameo from one of Britain’s most beloved actresses.

Here There Be Mermaids

The film also boasts a clever twist on typical mermaid mythology. Here, they are basically part-mermaid, part-siren, and part-vampire, and the initial scene in which they are first unveiled is beautifully directed and shot. At first, it is enchanting, before very swiftly moving to genuinely eerie and then intensely menacing. The battle that ensues between the pirates and the lethal, finned beauties is mesmerizing and quite stunning to behold. The quest for the Fountain of Youth is also entrancing in the moment, but, as befitting the majority of director Rob Marshall’s work (Chicago, Memoirs of a Geisha), what is extremely pretty to look at and highly enjoyable while the film is running, it disintegrates when one attempts to hold it up to any sort of examination. In other words, the plot doesn’t make any sense, particularly when one takes this tale’s particular take on the Fountain of Youth into account (that’s all I will say, for fear of spoiling). Also, Penelope Cruz’s character, Angelica, the piratey equivalent of a femme fatale, isn’t nearly as interesting as the film would like you to believe.

That may make it sound like I’m more down on Pirates 4 than I actually am. To clarify, I had a great time with this movie and I would recommend it to any fans of the series. Some people who were less enamored with the second two entries might even appreciate this film’s return to the more straightforward storytelling of the first. But it also isn’t built on as solid a foundation as The Curse of the Black Pearl and does, to some extent, suffer from the law of diminishing returns. At the start of this review, I mentioned that a film should be judged on its own merits, and that is actually where I run into a bit of trouble here, because compared to earlier Pirates films, no, it doesn’t measure up. Logically speaking, therefore, I shouldn’t feel as kindly towards On Stranger Tides as I do, and yet for a calorie-free popcorn movie, it has its sizable charms, as well as a number of smart recurring gags and references to earlier adventures. If this isn’t a ringing rush-to-see-it-at-once endorsement, it is at least a you-might-want-to-catch-this-on-Netflix-one-day endorsement (and I do genuinely love the ending set-up for the next Pirates film), and that isn’t so bad, is it? 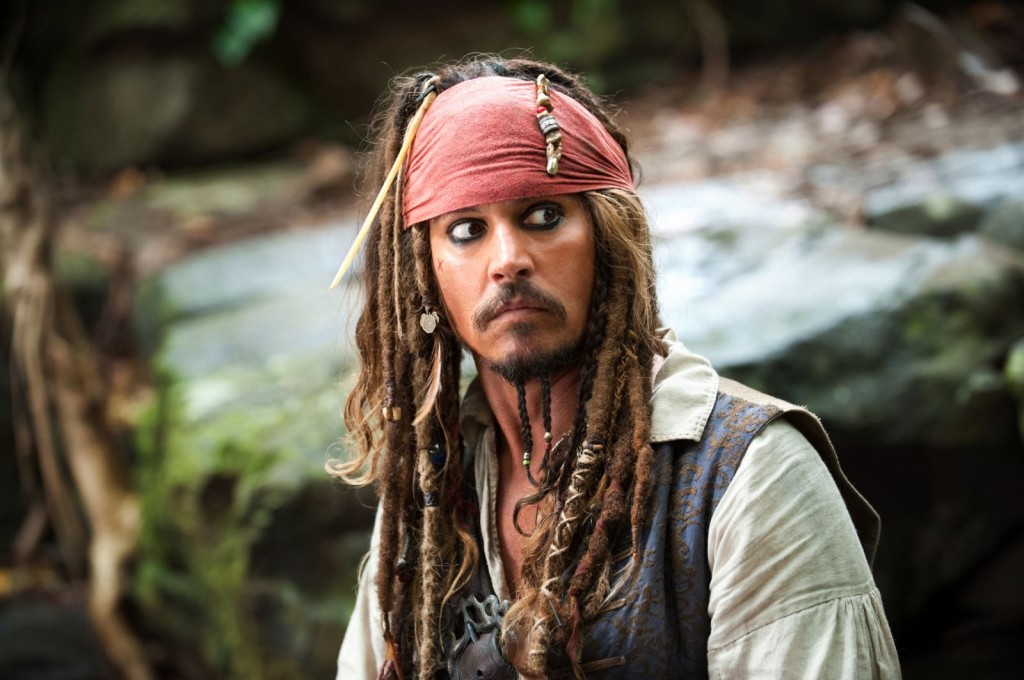 Oh, and FYI, this week at DreamPunk will be even more piratey than usual! Keep an eye out for this week’s edition of Passing Pages on Tuesday for a review of the book that this film was “inspired by,” Tim Powers’ On Stranger Tides!