The Lovers, the Dreamers, and Me: Brian Jay Jones’ “Jim Henson: The Biography”

Home » Books » The Lovers, the Dreamers, and Me: Brian Jay Jones’ “Jim Henson: The Biography”

Like many people, I’ve been a lifelong fan of Jim Henson. I loved the Muppets so much as a kid that one day, when my mom called me into the living room to tell me The Muppet Show was on, I was so excited that I ran in so quickly and was so transfixed by the characters on the screen that I completely forgot about the two stairs leading down into the living room and ended up flying over them and crashing to the floor, breaking my front tooth in the process. In Jason Segel’s revival film, The Muppets, there is a beautiful sequence in which his eternally optimistic and Muppety younger brother, Walter, is watching The Muppet Show and dreams that the characters are speaking directly to him, eventually jumping out of the screen and pulling him into the Muppet Theatre. I don’t know if I’ve ever so vividly experienced the sensation that a film had reached into the depths of my subconscious and brought my childhood dreams to life as I did when first watching that scene. 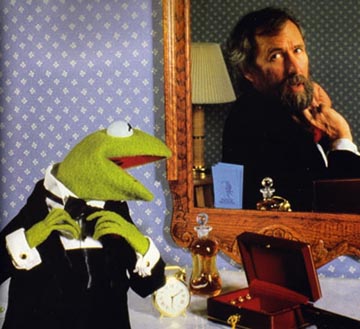 I know more about Jim Henson and have seen more of his work than pretty much anyone else I know in person, including some pretty obscure stuff. A few years ago, when I visited the traveling Henson exhibit which, at the time, was at New York City’s Museum of the Moving Image (and which is soon to become a permanent exhibit there), the friends I went with were practically shocked by how much of it I recognized from my own obsessive studies of the man. I was nearly as excited by the early Sam and Friends Muppets and sketches from the commercials he produced early in his career (and the chance to see his short film, Time Piece, projected on a big screen) as I was to finally be in the presence of Kermit and Piggy, who was in her actual wedding gown from The Muppets Take Manhattan. The entire day is seared into my memory as one of the two times I’ve ever come close to what some would characterize as a genuine religious experience (no exaggeration), the other being the day I visited Shakespeare’s grave, which is fitting because they are the two geniuses whose work has shaped my life more than anyone else. And for me, there is little difference between them, both being ahead-of-their-time visionaries who captured the essence of the human condition in the form of popular entertainment better than possibly anyone else who ever lived. For me, Kermit and his assorted weirdo friends (not to mention Henson’s other great works, such as The Dark Crystal, Labyrinth, Fraggle Rock, The Storyteller, etc.) are no less profound than Hamlet.

One thing I had always longed for, however, was a definitive biography of Henson. I had read Jim Henson: The Works–a coffee table book that functions as a great overview of his career–many times, along with other assorted books on the making of The Muppet Show, Sesame Street, and ones written by and/or about other Henson puppeteers, and last year, had practically devoured Imagination Illustrated: The Jim Henson Journal, a compilation of entries from Henson’s private diaries, along with rare sketches, photos, and assorted memorabilia, but still never felt like I had gotten a complete portrait of the man himself…until, that is, I read Brian Jay Jones’ recent, masterful Jim Henson: The Biography, which is all I have ever wanted in a book on Henson and more. Its simple title suits the man himself, underneath whose softspoken demeanor beat a heart of passion and wonder. It isn’t just the sheer volume and wealth of information that Jones has compiled on Henson here–and, make no mistake about it, it is truly staggering, including copious interviews with Henson family members, friends, co-workers, collaborators such as the inseparable Frank Oz, etc.–but how he manages to synthesize this material into such a moving, warm portrayal of a man who left such a major impact on the world.

Jones approaches Jim Henson and his life with the skill of a great novelist, carefully presenting each element and fact he introduces in such a way that it contributes to the character portrait he is assembling, often drawing links  between events both major and minor from throughout Henson’s early years and what we all know occurs further down the line. We can see the roots of his genius all the way back in his childhood, as well as how each of the career advancements he makes as a young man start him on a winding path that eventually leads to him becoming the most famous puppeteer and arguably one of the greatest, most well-known artistic creators of all time, whilst all the while, the tragic note of his impending, far-too-early demise hovers in the background. It’s sad beyond words to know that by the end of his greatest success, The Muppet Show, he will only have under 10 years left to create new and different worlds, none of which will meet with quite the same widespread acclaim or unqualified success. At the same time, the book stresses over and over again that while he was alive, Henson truly lived, as if on some level he knew he wouldn’t have forever, soaking up all of the joy he could in life and spreading it outwards, ten-thousand-fold, across the entire world. 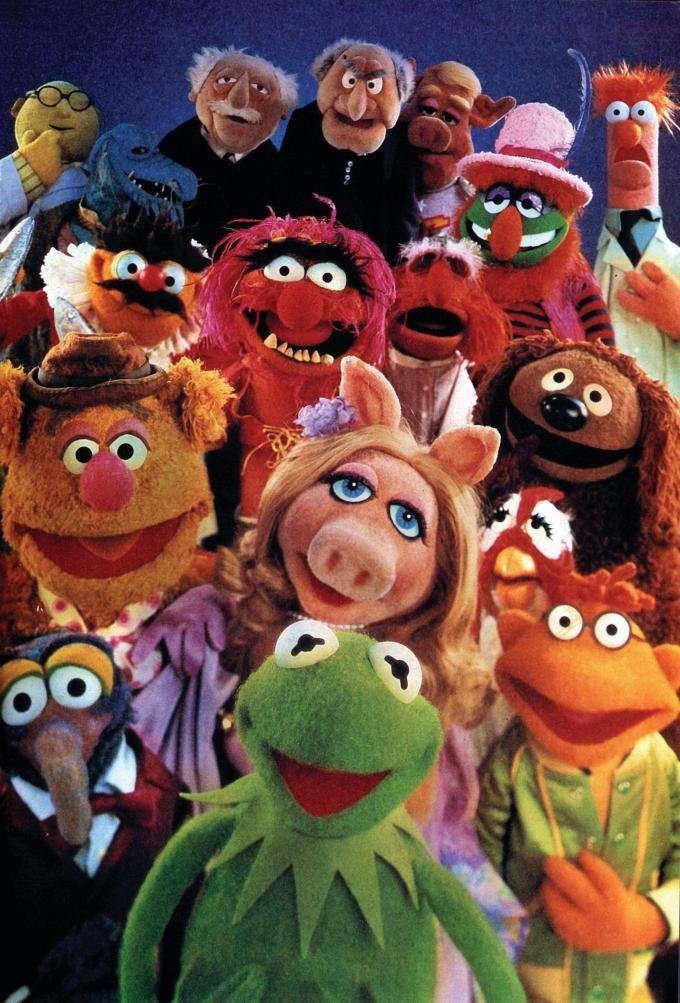 Jones makes it easy to see why Henson was an inspiration and hero to so many; how with such quiet dignity, Henson fostered such enormous talent; how he was able to see the uses of certain technological advances years before anyone else; how his openhearted, eternally optimistic philosophy informed both his work and his life; how he was able to speak with such confidence and complete lack of arrogance about the certainty of his eventual success, long before he had physical evidence of it.

Before reading this book, I hadn’t quite appreciated just how many projects Henson would have going at once, and in how many different locations–how he would be running The Muppet Show in London, whilst still running operations in New York and returning there on a regular basis to film Sesame Street segments, whilst also traveling to Los Angeles for meetings, whilst also planning seemingly hundreds of other future projects, including not only the Muppet films but The Dark Crystal and more, whilst also making time for his children, both in person and on the phone, all five of whom agree that he never felt anything less than fully present in their lives, even when he was in a different country, whilst continuing to foster relationships with all of his puppeteers, whilst also finding time to appreciate art and culture, whilst also going on elaborate, adventurous vacations with his family whenever possible, and more. Although he could be accused of being a workaholic, the truth of the matter is that his work was his play and vice versa, and he loved it. But even attempting to conceive of how many balls Henson kept in the air at once, throughout his adult life, is practically dizzying. Had Jones slipped in the detail that Henson had actually borrowed a Time-Turner from Hogwarts in order to accomplish all of this, I wouldn’t have been surprised.