The man Anna does eventually fall in love with–instead of a rich, well-groomed prince–is the decidedly non-aristocratic mountain man, Kristoff, who’s a bit crude and unpolished and has a non-talking canine-like reindeer sidekick, Sven, whose dialogue he fills in himself by putting on an exaggerated, gruff reindeer voice–a nifty riff on Disney’s usual talking animal sidekick schtick. 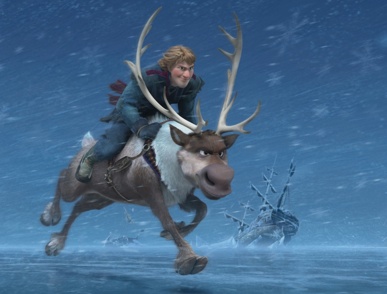 But, most importantly, when she is on the brink of death after Elsa accidentally pierces her heart with a magical icy shard (an echo of the mirror shard in the boy’s eye in the original Snow Queen tale), it’s not his true love of her that ends up melting it and saving her life but rather her own true love for her sister. She sacrifices herself in order to protect her, in so doing committing the “act of true love” that can break the enchantment herself, and thus making her not only the only princess to save herself (as well as another young woman) in the end but who proves that romantic love isn’t the only kind that is deep, eternal, and true. As much as she may have fallen for Kristoff, she hasn’t actually known him much longer than she knew the awful Hans, whereas her sister is someone with whom she has been indelibly connected her entire life, even when they were physically separated. And the end of the film doesn’t even feature a wedding or a promise that she and Kristoff will definitely end up together forever. As viewers, we might hope for this for them, but when all is said and done, it is completely secondary to the story of the sisters’ repaired relationship. The importance of this positive romantic love story for Anna narratively is that it allows Anna and Elsa’s bond to be compared favorably not only up against the false love of a treacherous schemer, but also against romantic love that is proven to be true, as well. In other words, even with a romantic true love in her life, the film still favors that between the sisters. The princess frees herself from the spell and in so doing teaches her older sister once and for all that her powers aren’t wicked and are controllable. 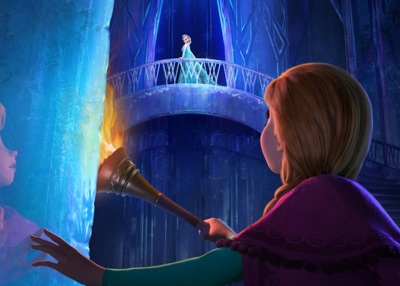 Frozen is also extremely notable for being arguably the best Disney musical since Beauty and the Beast, and not just in terms of the quality of the songs–which, written by Robert Lopez (one half of the song-writing team behind the Tony-Award-winning Avenue Q) and Kristen Anderson-Lopez, his wife, are fantastic: some pop operatic and genuinely moving, some hilarious, some nearly self-parodic, some all of those things at once–but in terms of how they function for the characters and the plot. In short, as in the best Broadway musicals, they burst forth as expressions of the characters’ deepest most desires at moments when speaking alone just isn’t sufficient to convey how they’re feeling, and are inextricable from the film, with, for example, the state of Anna and Elsa as people near the start of the film being perfectly, economically established in “For the First Time in Forever” in a way that makes the viewer truly feel Anna’s temporary relief at the prospect of a huge celebration after years of being cooped up practically alone in a dark castle, as well as Elsa’s trepidation at being seen in public for the first time since the childhood incident that nearly killed Anna, and later the defiant eruption of Elsa’s long bottled-up emotions and powers in the sublime “Let It Go” sequence, which I might even go so far as to call the best marriage of drama, action, visuals, and song in any Disney film, as Elsa finally gives into her wondrous abilities and builds a dazzling ice castle atop a snow-covered fairy tale mountain. 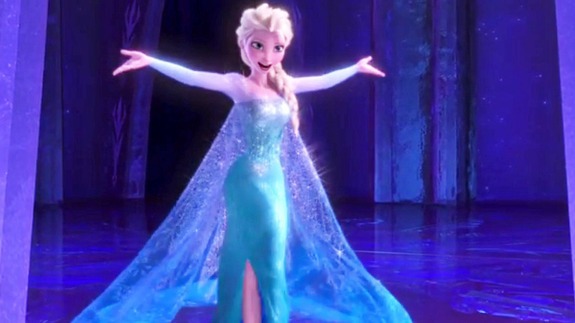 The voicework is uniformly brilliant, and this is largely due to the ingenious idea of casting an entire cast of Broadway and professional musical theatre veterans for all of the lead roles. With Idina Menzel–best known as Maureen from the original cast of Rent and, even more apropos for this film, Elphaba, the so-called Wicked Witch of the West in the smash hit revisionist Oz musical, Wicked–as Elsa, Kristen Bell–best known as Veronica Mars but also a Broadway veteran as Becky Thatcher in The Adventures of Tom Sawyer and Mary Lane in off-Broadway’s Reefer Madness: The Musical, a role she later recreated for Showtime’s TV movie of the show–as the lovably goofy Anna (to date, the only Disney princess who mentions possibly being “gassy,” and in song!), Jonathan Groff (Spring Awakening, Glee) as Kristoff, Santino Fontana (a recent, superb Broadway revival of The Importance of Being Earnest) as Hans, and Josh Gad (The Book of Mormon) as Olaf, the hilarious snowman who dreams of experiencing summer (and, despite how poorly he comes across in the trailers, one of the funniest, most entertaining characters in the film), Frozen is an embarrassment of Broadway riches. 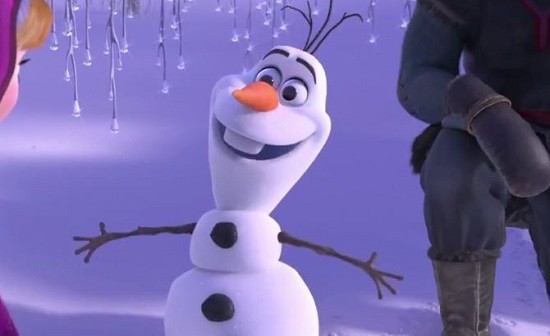 And best of all, as with The Princess and the Frog and Tangled, this means that the voice actors are also able to perform their own singing, and brilliantly at that. Idina Menzel in particular nearly blows her iconic role from Wicked out of the water–at least from a musical perspective–with “Let It Go”.

I’m not sure yet whether or not Frozen is my favorite Disney film or Disney Princess film–it is certainly way, way up there, but the film feels too recent to bump other long-standing favorites further down the list; that will take some distance and perspective, I think–but it very well might be the best Disney Princess film, and I’m glad that my long journey that began with Snow White and spanned nearly 80 years of filmmaking, ends with this one–a beautiful, life-affirming, triumphant climax for my Year of Disney, as well as hopefully a promise for even more awe-inspiring works of family entertainment in Disney’s next 80 years and beyond. 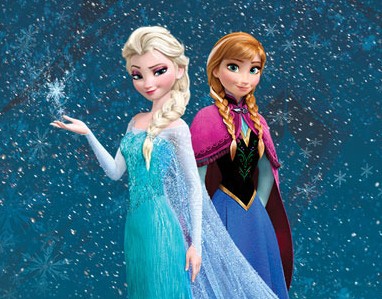 And with that, and I can’t believe I’m finally getting to say this… THE END! P