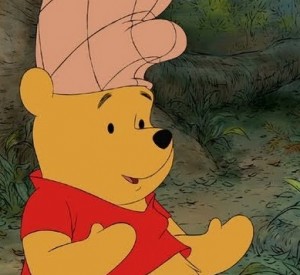 We continue today with Disney’s charming sequel, Winnie the Pooh… 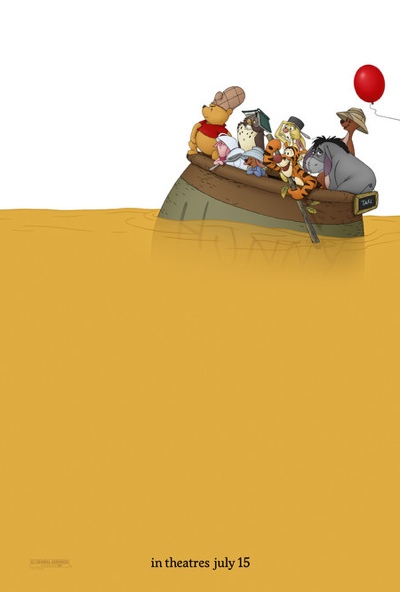 Disney has a huge output of Winnie the Pooh material, but before this 2011 film, only the three shorts that were earlier combined into the compilation film, The Many Adventures of Winnie the Pooh, and one additional short, “A Day for Eeyore” were based on events from A. A. Milne’s original books. All of the others created completely new adventures for Milne’s characters, many of which lacked the simple charm of Milne’s stories and Disney’s earlier Pooh shorts.

Which is why the 2011 film, Winnie the Pooh is such a delightful surprise. Going back to the gentle style of The Many Adventures of Winnie the Pooh and combining three chapters from Milne’s two Pooh books, Winnie the Pooh is a warm slice of nostalgia for adult fans of Disney’s Pooh cartoons, with fantastic voicework from a new cast, all of whom beautifully replicate the voices of the originals (Jim Cummings’ Pooh Bear, in particular, is practically indistinguishable from the legendary Sterling Holloway’s voice and performance). Pooh lovers will be charmed by numerous, imaginative nods to/riffs on earlier continuity, as well as the numerous meta references to the storybook in which the characters exist. As in the earlier cartoons, the literal text of the book often appears around the characters, sometimes having a direct impact on the plot, and other times, the characters interact with the Narrator.

Winnie the Pooh may not be rip-roaringly exciting, but it isn’t intended to be. I do admit I found myself getting a little antsy by the end. It is, after all, a very simple story mostly revolving around Owl misinterpreting a sign on Christopher Robin’s door that said he’d be “back soon” as instead being a cry for help that he’d been abducted by a scary creature called the “Backson,” leading the friends to unite together to try to capture the beast and free their friend, crossed with the story of when Eeyore lost his tail. In retrospect, my impatience with the last 20 minutes or so of the film is probably related to the fact that in the earlier Pooh film, the three adventures were divided into separate chapters, each with its own beginning and end, whereas here, all three stories are conflated and, even at a mere 61 minutes, feel a tad too stretched out, at least for someone my age. Being accustomed to Pooh stories of about 20 minutes in length, I think I would’ve liked the film far more had it stuck to that earlier structure.

With that said, it was wonderful to see Pooh, Piglet, Eeyore, Rabbit, Kanga, Roo, and most of all, Tigger, again, especially when their characters are written and performed this well, and unlike the majority of modern-day Disney films, this one really is intended mostly for children, but unlike a lot of other animated companies’ output, is never condescending or crude. I may have preferred this as a half-hour short, or a series of shorts, but it’s still a sweet, lovely, little film, and it’s nice to see that amidst the company’s modern, more action-oriented CGI, they’re still interested in making a calm throwback such as this.

Purchase Winnie the Pooh on Blu-ray/DVD