Disney followed up on Atlantis: The Lost Empire with another science-fiction story, albeit in this case forsaking the more overblown, action-driven narrative of the former for a truly lovely production that uses an imaginative sci-fi backdrop for what is arguably one of the most emotionally realistic films in all of Disneydom, Lilo & Stitch, managing to balance cheeky humor, heartfelt characterization, and thematic depth under the guise of a silly, deceptively simple girl-meets-alien comedy, transforming what could have been a mild trifle into a potent, deeply moving tale that accomplishes the enviable task of being irreverent and sweet simultaneously, the former preventing the latter from ever sinking into cloying saccharinity, even while providing plenty of moments that will make you “awwww!”

Lilo & Stitch works so well for a variety of reasons, but first and foremost is the emotional verisimilitude when it comes to Lilo and her older sister, Nani. Some time in the relatively recent past, the girls lost both of their parents, leaving the young but physically grown up Nani (who is likely in her very late teens to mid twenties) to raise her kid sister, Lilo, who underneath it all is a sweet kid but is also very damaged. She is an odd duck, no doubt about it, with a strange, active imagination and sense of fun. She’s a modern-day little kid who is obsessed with Elvis, wants to fit in but has no idea how, and becomes combative when pushed. 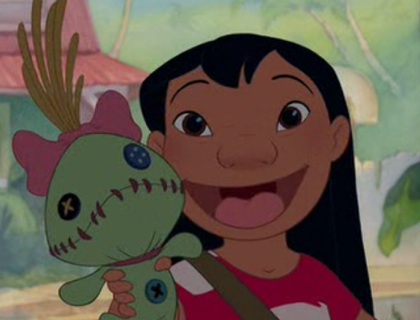 And that might be the most interesting thing about her. Unlike most child characters I can think of in other animated films, she has genuine rage and often unthinkingly lashes out, even when such behavior is self-defeating, further exacerbating her anger, which makes complete emotional sense for a little kid coping with a huge tragedy in her life. Although she and Nani love each other desperately, they both often get trapped into a pattern of fighting with each other, Lilo frustrated at not knowing how to handle or express her turbulent emotions, and Nani frustrated at Lilo’s inability to do that, along with her own feelings of inadequacy and doubt in herself about her ability to look after a child, particularly such a currently difficult one. She’s still very young herself and is clearly someone who has never had to care for someone else before, with the weight of the world now thrust on her shoulders. Part of her doesn’t want to lose guardianship of Lilo due to a bad review from a social services agent, while another, secret part would probably find it a huge relief. This is one of the most realistic depictions of grief and the aftermath of a death I’ve seen in a children’s/family film. 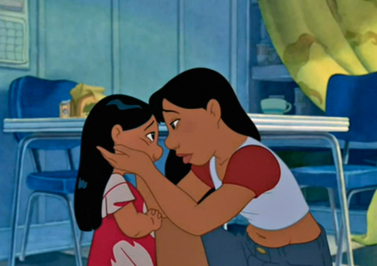 And into this chaotic environment comes Stitch, a particularly chaotic creature himself. Created by a mad alien geneticist from another planet in order to act as a force of destruction, this purple monster with four arms, huge, rodenty ears and sharp teeth is the last creature one would ever think of as sweet or cuddly. At the start of the film, he is a vicious little jerk, and in many ways the perfect companion for/parallel to Lilo, who adopts him after he accidentally lands on Earth and gets picked up by an animal shelter. They’re both often angry little guys who have trouble expressing themselves and behaving but who, over the course of the film, come to mellow one another out. Stitch provides Lilo with a bratty smaller sibling of sorts of her own to care for the same way that Nani tries to care for her, and helps her relate to her sister’s situation in a way she otherwise never could, while Lilo provides Stitch with love and companionship unlike he had ever experienced. In short, she, Nani, and Nani’s almost-boyfriend, David, become his unconventional “ohana”–Hawaiian for “family,” just as assuredly as if he had been born into their clan. 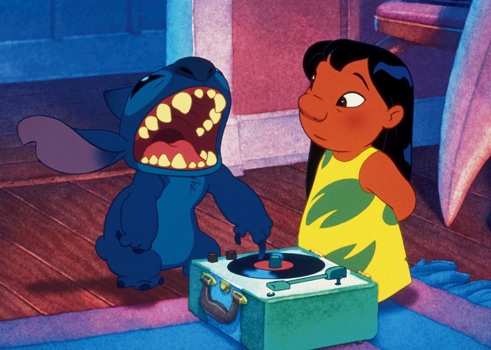 It’s a truly lovely story with a truly lovely message that has the added benefit of being set in Hawaii, which despite the fact it is technically part of the United States, is a part that is rarely depicted in American pop culture, and particularly in such a way that highlights the native culture, and in such a simultaneously rich and straightforward manner. There is no Othering going on here. The human characters are just that: human. Furthermore, the lush island atmosphere and ecological landscape provide a sharp and smart contrast to the B-sci-fi movie shenanigans of the numerous colorful alien creatures who visit Earth over the course of this underappreciated gem, the ones who have been dispatched to capture Stitch a funny and perfect parallel to the social services agent who plans on taking Lilo away from Nani. 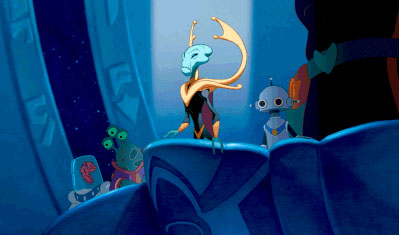 I saw Lilo & Stitch when it first came out but somehow, in ensuing years, managed to forget quite how wonderful a film it actually is. Like many of the post-Disney Renaissance era, it’s a bit offbeat, but unlike the bulk of this particular decade in Disney history, it’s also legitimately brilliant. 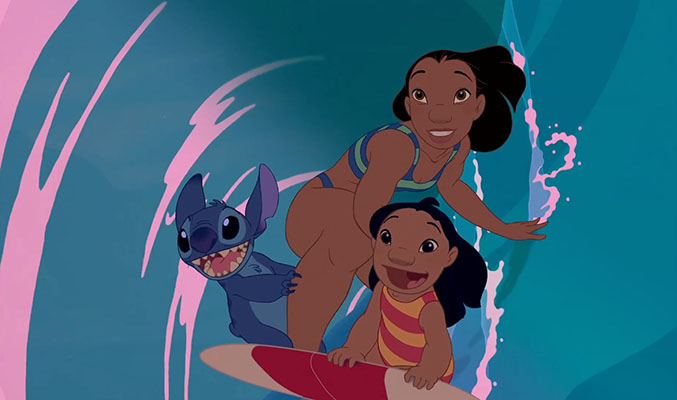