Although the Disney Renaissance officially ended with Tarzan, the few films following it sometimes still feel like part of that era. Well, maybe not Dinosaur so much, but Fantasia 2000 and particularly The Emperor’s New Groove share a lot of Disney Renaissance traits, as far as stylistic sensibility. Also, while neither is a traditional musical, Fantasia 2000 is, of course, musical in nature, and the rhythm of Emperor feels strangely like a musical, as well (possibly because it originally began as one). After that liminal period, however, Atlantis: The Lost Empire heralds an entirely new era of Disney films–an era of non-musical, non-fairy-tale entries that sometimes don’t feel like Disney at all. It’s hard to define what exactly a Disney film is supposed to feel like, yet I think most would agree that these films don’t. And that isn’t always necessarily a negative, although I’d argue that much like the Disney films of the 1970s, while there are a lot of interesting, intriguing projects of this period–and, yeah, some stinkers–it never hits the heights of the Disney Renaissance in terms of animation or storytelling quality.

Atlantis: The Lost Empire is a perfect example. A Jules Vernsian science-fiction tale set in the very-early 20th century–the first sci-fi film in animated Disney history, a number of others of which would happen in this era, including another steampunkish story, Treasure Planet–it follows the story of a young cartographer/linguist, Milo Thatch–voiced by Michael J. Fox–who has staked his career on the belief that the legends of the lost city of Atlantis are true, and who, thanks to a wealthy contributor and colleague of his beloved, deceased grandfather, who first sparked his interest in the old tales, soon finds himself on a quest to find that very place, riding with a bunch of mercenary explorers in the coolest, most tricked-out submarine this side of the Nautilus. 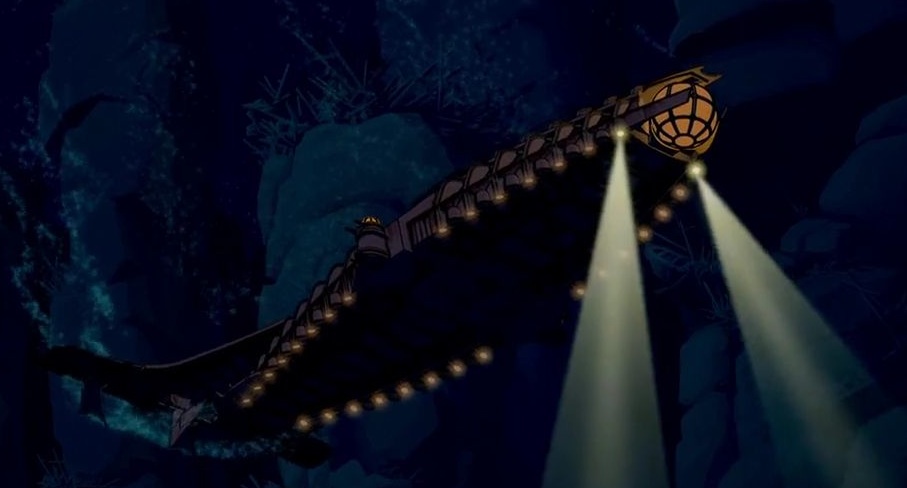 And, of course, under the sea, they discover Atlantis itself, filled with breathtaking wonders… 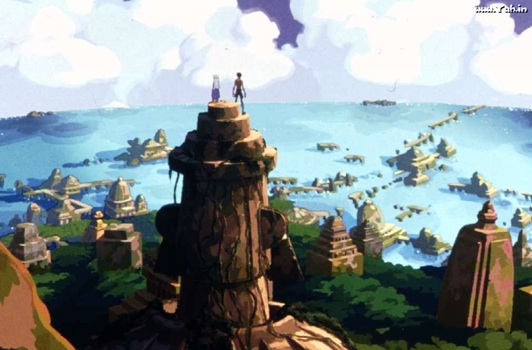 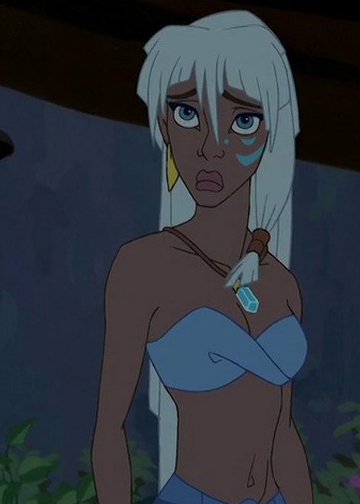 …and a stern ruler, her father, voiced by none other than Mr. Spock himself, Leonard Nimoy: 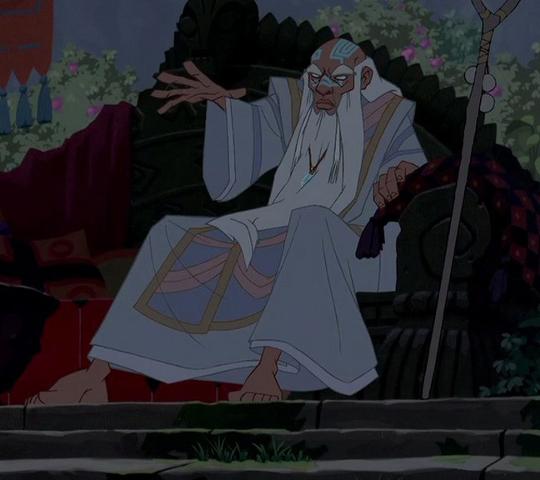 It doesn’t all make sense–for example, the people of Atlantis have somehow lost the ability to read their own language, even though they’ve all been alive for the entire time since it sank, and so they need Milo to read it for them?–but the depiction of the island and its mysticalish technologies are very pretty. The film’s likability quotient is also upped a great deal by Fox’s performance, bringing all of the spunk and verve of his iconic, sci-fi role as Marty McFly in Back to the Future to his role here–although here he’s the crackpot, Doc Brownish intellectual of sorts. 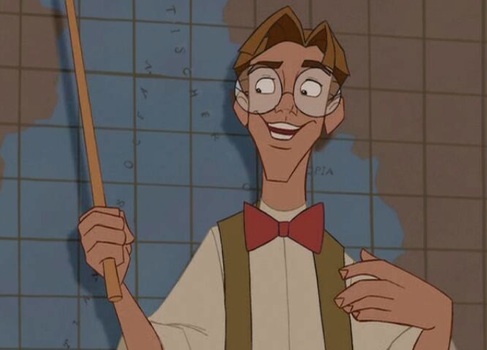 There’s something extremely sweet and poignant about the fact that, even 10 years after he was diagnosed with Parkinson’s, Fox was able to convey all of that youthful vitality for this vocal role. And, being a fan of steampunk and sci-fi in general, it’s hard for me to not enjoy all of the Victorian/Edwardianish tech and design on display here.

At the same time, it lacks the emotional depth of the Disney Company’s best work. It isn’t that every Disney film has to be a musical. It’s that, even at its best, most entertaining moments, Atlantis: The Lost Empire seems like it’s missing something. The mythology is underdeveloped, making each of the climactic twists feel a bit hard to follow and made up on the fly; the characters are paper-thin–Milo is the only one who truly resonates, and that’s mostly due to Michael J. Fox being awesome–and the whole production seems to have a veneer of cheapness to it, not quite direct-to-video, but not that far off. Also, a lot of the character design and writing seems like it would be more at home in a Don Bluth film from the 1980s, such as An American Tail or The Land Before Time, not a major Disney animated feature from 2001.

I don’t want to seem too harsh on the film. It’s fun and diverting. But, for a film from a company that has produced some of the most enduring works of family entertainment ever put on screen, it is disappointingly rarely more than that.