It also features one of the most entertaining, scenery-chewing comedic villain-and-sidekick teams in all of Disneydom in the form of Yzma–voiced with psychotic glee by the one and only Eartha Kitt… 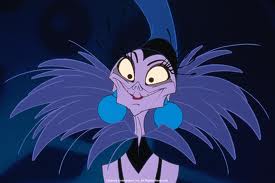 …and her slow-witted hunk of an assistant, Kronk–voiced by Patrick Warburton, of Seinfeld and The Tick fame… 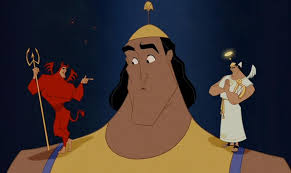 The thing about Yzma is that she’s one-of-a-kind, even amongst the flamboyant female Disney villains. She’s batsh*t crazy, sidesplittingly funny, and “scary beyond all reason,” and I don’t think anyone would have it any other way. 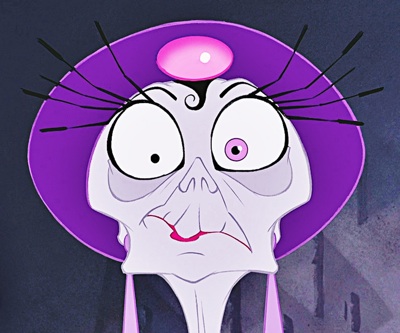 And, oh, yeah, Kronk can speak to chipmunks–a hilarious parody of the typical Disney princess M.O. 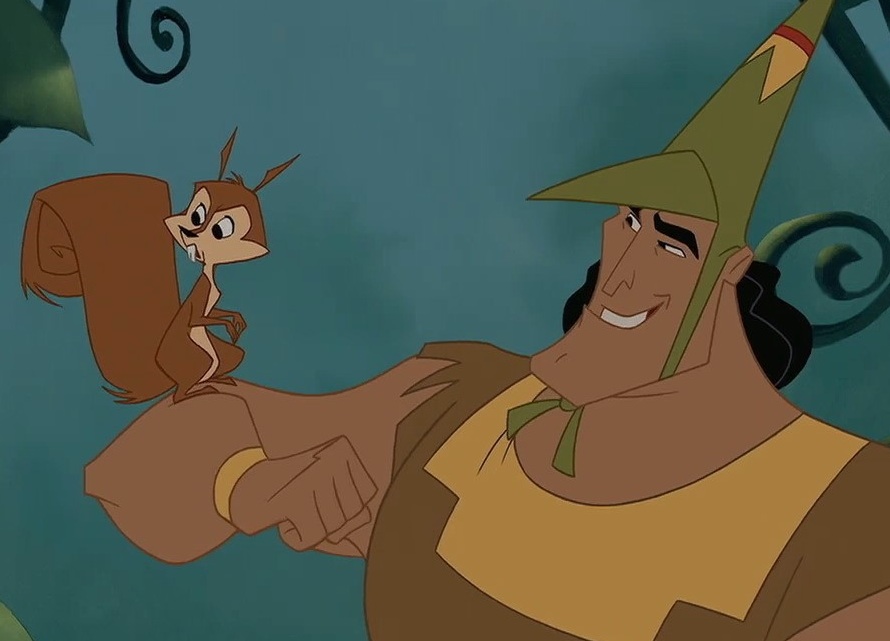 Kronk and his chipmunk pal

But what makes the film stand out amongst its Disney peers more than anything else is Kuzco, the emperor, because, at the start of the movie–actually for a great deal of the movie–he’s a selfish jerk. And not just a run-of-the-mill selfish jerk, but a cruel, narcissistic despot with absolutely no regard not only for anyone else’s happiness but anyone else’s very life, at least once nearly leaving Pacha to die out of spite. 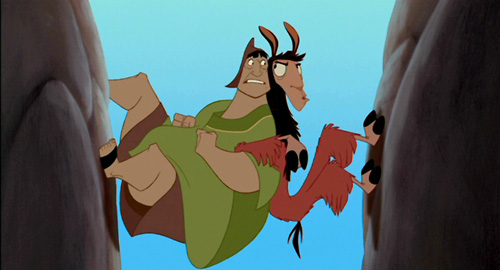 David Spade is absolutely perfect in the role. While, when he is a flesh-and-blood human on camera, I usually find him best in extremely small doses, Spade’s brand of acerbic humor is precisely spot-on for Kuzco, who has to be extremely unlikeable yet funny for a large part of the running time. And although his friendship with Pacha does cause him to gradually soften over the course of the film, there’s no overt, saccharine, or cloying redemption arc one might expect in a children’s film of this type. There’s no grand epiphany. Instead, amidst all the humor, his evolution develops very naturally. By the time we reach the end and he’s a better man, the change has happened so subtly, it might even take us and him and Pacha–full of all of the warmth that John Goodman infuses into all of the iconic, good-guy roles over his career–a second or two to realize it’s happened. 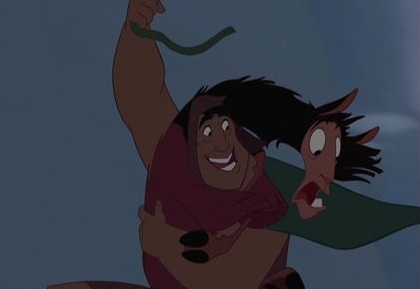 Spade and Goodman make a fantastic buddy team, and when the two finally face up against Yzma in the finale, it leads to the hands-down funniest final sequence in any Disney film, with Kuzco swallowing potion after potion, being turned into a variety of different animals, in order to try to turn back into his original form, culminating in Yzma’s transformation into the most terrifying kitteh of all time… 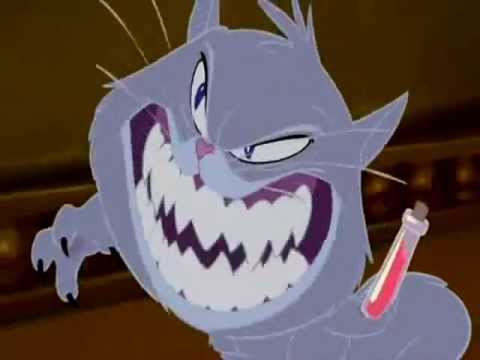