Note: This post is dedicated to Anne Perry and Jared Shurin of Pornokitsch, the world’s biggest Emperor’s New Groove fans.

The Emperor’s New Groove could have been an utter disaster, having begun its life as almost an entirely different film. At first, it was conceived as Kingdom of the Sun, later Kingdom in the Sun, a musical with a score by Sting composed of 8 songs, and directed by Roger Allers, which similarly began with a greedy emperor played by David Spade who decides to swap places with a peasant who looks identical to him, who was to be played by Owen Wilson. Meanwhile, the witch Yzma has wicked plans to capture the sun itself from the skies by summoning a dark god, because she believes the sun is giving her wrinkles and this way, she can stay young forever. After discovering the emperor’s subterfuge, she tracks down the real ruler and turns him into a llama, while forcing the pauper posing as the emperor into following her every command, for fear of her revealing the truth about him to the kingdom. 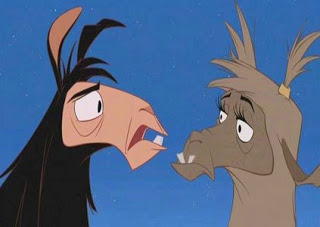 After poor test screenings, which criticized the film’s plot for feeling both overly familiar and a bit muddled (as it certainly sounds!), Disney hired an additional director, Mark Dindal, to help give the film new life, but while he wanted to make the film more comedic, Allers was insistent on it being a more dramatic story, which eventually led to Allers leaving the film all together, and the then-CEO of Disney, Michael Eisner giving the film’s producer, Randy Fullmer, two weeks to salvage the project or the entire thing would’ve been scrapped.

What they came up with was an entirely new story and title. Production was halted for six months, and when it started up again, The Emperor’s New Groove is the film they were making. The sun and Prince and the Pauper plots were dropped, along with a love story between the emperor and a llama herder and all of Sting’s songs which were, unfortunately, too specific to the film’s plot in its original form. The Owen Wilson character was scrapped for a farmer, now voiced by John Goodman, and the film transformed into a buddy comedy between the bratty Emperor–still turned into a llama by Yzma but now accidentally, in an attempt to poison him in order to take over the kingdom–and this farmer, Pacha, with anachronistic, meta humor that recalls the tone of Aladdin and Hercules, but manages to be entirely distinct at the same time. 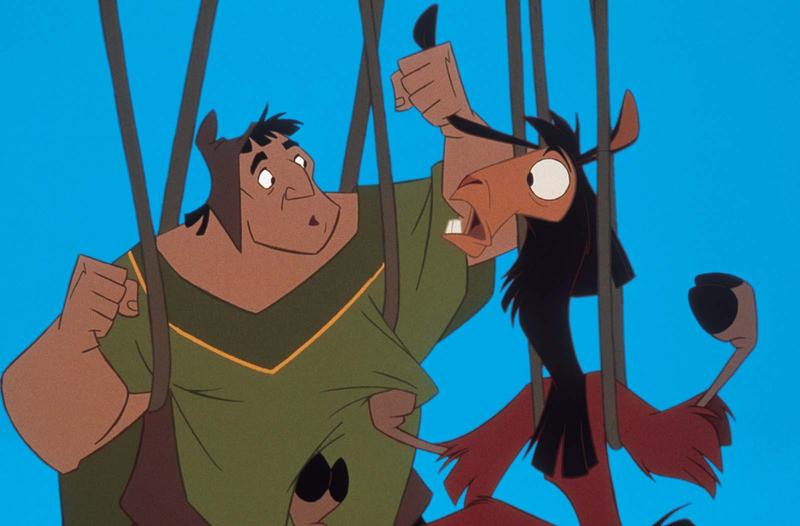 And although it’s in some ways one of the simpler Disney film plots, the final product ended up being one of the most ingenious films in their entire canon, taking pretty much everything one expects from a Disney film and flipping it on its head. For starters, other than the film being bookended by Randy Newman songs, it’s not a musical. Secondly, it’s not based on a pre-existing fairy tale or story, other than the fact that the concept of a vain emperor recalls the protagonist of The Emperor’s New Clothes, on which its title is a riff. Thirdly, there’s absolutely no love story, other than the friendship between the two male leads, one of whom spends the majority of the film as a llama. Fourthly, the film is more overtly cartoony than most other Disney films–even the aforementioned Aladdin and Hercules–with a style that calls to mind classic slapstick Hollywood comedies, as well as the more chaotic animated universe of the Looney Tunes cartoons (Kuzco even sports drag at one point, like Bugs Bunny). 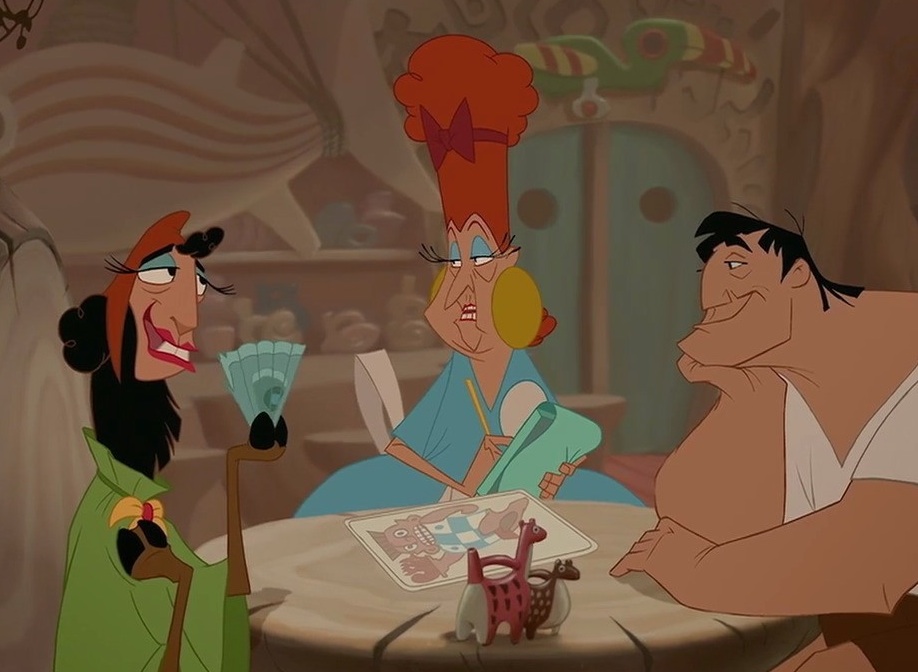 At times the film’s humor is so freewheeling and out-of-the-box, it feels like an improvised comedy sketch with all of the actors making up jokes and gags on the fly, an illusion only belied by the fact that the film is…well…animated. Meanwhile, the slapstick choreography is so fine-tuned and beautifully done, you’d be forgiven for forgetting it wasn’t being filmed live, as well.