It’s also interesting to note what a maternal figure Snow White is. Despite having a childish voice and a naively cheerful disposition, she actually proves to be the only adult in the film, in many ways. As soon as she arrives at the dwarfs’ cottage, she immediately begins cleaning up the place and then making dinner before they arrive home. Even if one might initially assume that that implies that she’s becoming more of a wife to them than a mother, the moment she examines each of their dirty hands and demands that they wash up if they would like to have even one bite of dinner, the dynamic becomes clear. 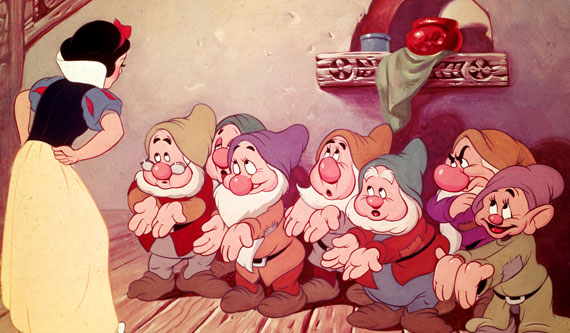 She allows them to have fun such as this– 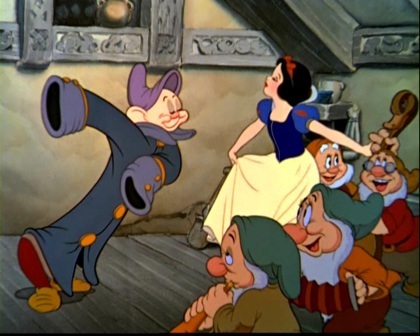 –but only after they do this: 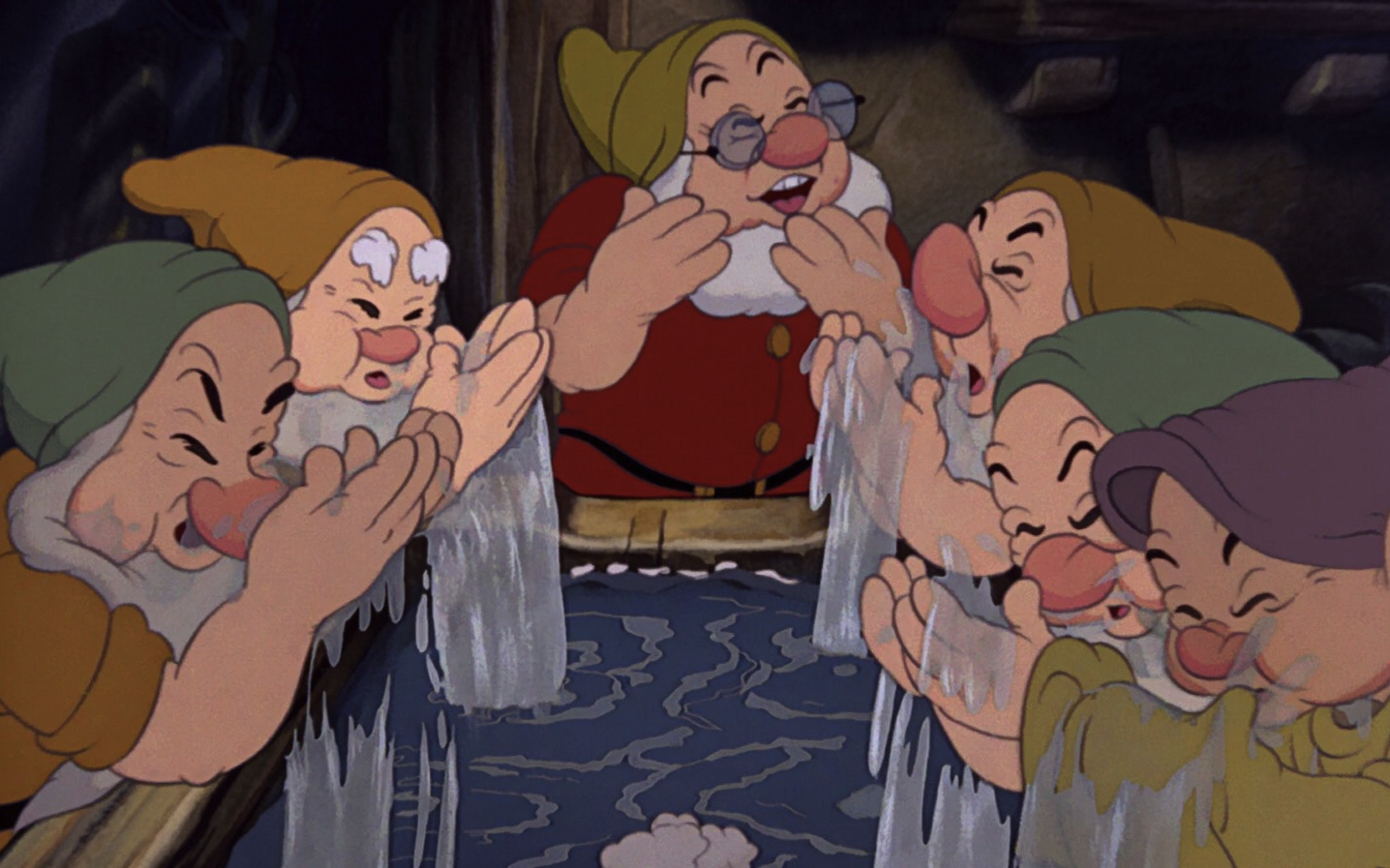 Though they may be much older than Snow White and speak in the slang and–in Grumpy’s case–accents of old gold prospectors in Westerns, they have the personalities of children, in relation to Snow White. Doc, for example, is perpetually tongue-tied, constantly switching the first words and/or syllables of phrases, whereas Grumpy’s initial assertions that you can’t trust women seem to spring less from adult misogyny and more from the “girls are icky” perspective of a little boy, particularly in how his stubborn facade contrasts with his submerged fondness for her to which he refuses to admit. Meanwhile, the Queen, although also technically an adult, is perhaps the most childish character of all, so obsessed with her vanity that she resorts to transforming her young, elegant visage and physique into that of an old crone in order to kill the girl who threatens her status as fairest in the land. There’s some irony for you.

I also must mention what a dazzling experience it was to see Snow White and the Seven Dwarfs in its fully-restored glory on Blu-ray. Visual details sprung out that I had never noticed before. For example, I had never realized that the top of the Queen’s throne is meant to resemble a peacock, nor the numerous, subtle animal carvings that are hidden throughout the dwarfs’ cottage. And, overall, with the exception of a slightly out-of-focus shot here and there, the picture has never looked so vibrant. If you have the opportunity to see this in HD, I highly recommend it. The sumptuous picture makes Disney’s epic achievement even clearer. Though Snow White may not have all of the technological innovations and polish that later Disney films have, what the Disney animation studio was able to accomplish–a full-blooded, layered animated film with drama, humor, suspense, and heart–with the first production ever done in this format feels nothing short of miraculous.

Purchase Snow White and the Seven Dwarfs on Blu-ray

Purchase Snow White and the Seven Dwarfs on DVD