Hello, everybody and welcome to the Farnsworth Society, where we, as a group, re-watch television shows that are dreampunk, steampunk, cyberpunk, anypunk-related and meet weekly to discuss each episode one at a time. Our first show is the steampunkalicious Warehouse 13 (it only seems fitting to begin the Farnsworth Society with this show, doesn’t it?). Today, we’re covering the third season’s Christmas special, “The Greatest Gift”. And please fill up the comments with your own thoughts, remembrances, favorite things about the episode, absolutely anything. And, yes, spoilers for any other aired episodes from Seasons 1-3 are allowed. We considered making it spoiler-free, but then decided it would likely constrain conversation far too much. Let’s get to it, kids!

For those who might be wondering, the reason we’ve jumped this week from the middle of Season 3 to the post-season holiday special, “The Greatest Gift” is because, although the episode aired after the season ended, chronologically, it actually fits here, after Trailer came to the Warehouse but before Kate Mulgrew’s debut in the following episode. Speaking of which, since I’m a huge continuity buff, it has always given me no end of pleasure that the Warehouse 13 writers have ensured, with each special, that although their plots are standalone enough in nature to be viewed at any point, they actually do both fit perfectly into specific spots in the season, which makes them flow much better on a rewatch. For example, in Season 2, after Myka left the Warehouse, it didn’t seem as odd to watch “Secret Santa” where it aired, because months had gone by since the cliffhanger and there were still months to go until the resolution. Back-to-back, however, we see Myka leave the Warehouse, then she’s back, then she’s gone again. And that’s an even more extreme issue once we get to the end of this particular season! 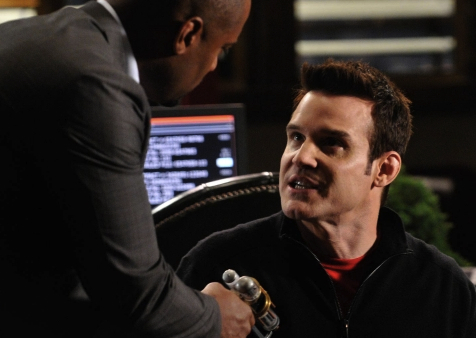 Pete in the alternate reality

So, with that preamble, we come to “The Greatest Gift,” which is a fitting title, not only due to its “It’s a Wonderful Life” link but because it might very well be the greatest episode of Warehouse 13 I’ve ever had the joy of watching. I mentioned continuity in the previous paragraph, and this episode is a veritable continuity orgy, bringing up references both major and minor from the entire span of the series to the point that my mind is boggled numerous times each time I see it at the sheer–frankly stunning–level of detail. Series creator Jack Kenny clearly poured his heart and soul into the episode, reimagining what the world would be like without Pete in it, every single piece of the puzzle falling elegantly into place, clearly the work of someone who truly loves the work he does and the show he runs.

Just as important as the impeccable continuity, however, are the characters’ relationships. Like “Secret Santa,” this is again an episode about family. Whereas “Secret Santa” is an ultimately more lightly toned episode, however, “The Greatest Gift” can get quite dark, once one gets past the Rudlophy hijinks of the teaser, which is fitting, not only given the increasingly darker tone of the remainder of Season 3 (and this is actually another case where watching it in chronological order really helps, because it sets the stage for the darkness that begins in “The 4oth Floor” and onwards) but because of its inspiration, “It’s a Wonderful Life,” which, despite always being labeled as a Christmas film, isn’t particularly Christmassy or at all cheery until the last few minutes. For the bulk of it, it is a very sad story firstly about how a good man’s life becomes deeply screwed up and afterwards about how much worse the world is when he wishes himself removed from existence. 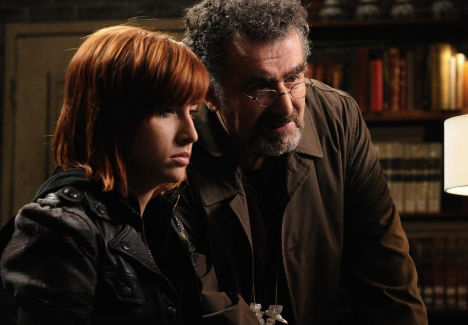 Similarly, this Warehouse episode would seem to be the opposite of warm and fuzzy. After Pete touches the fateful brush, Myka’s a hardened Secret Service agent, Artie’s in jail, Claudia’s still in the asylum, MacPherson is running the Warehouse, and no one remembers Pete at all. While the episode may never become as out-and-out grim as “It’s a Wonderful Life,” it certainly skirts the edges. Even as it flirts with the dark side, however, the hour also reaffirms the family unit around which the series revolves. As the episode progresses, all of the various relationships that comprise the series’ beating heart begin to gradually reassert themselves. They each begin to fall into patterns from another reality which none of them ever knew. They each begin to sense the indelible bonds that brought alternate versions of them so fiercely together.

And it is a neat trick of Kenny’s writing and each of the actors’ performances that these shifts occur extremely subtly so that you can’t pinpoint the precise moment the gang starts to trust and care for each other again, but by the time Pete and Artie are introducing Myka and Claudia to the Warehouse, it achieves just as goosebump-inducing an effect as the first time we saw each of them arrive for the first time. Further proof of the writing’s excellence is that when Pete is finally able to convince each character to help him, it springs directly from what he knows of them as people, and each character brings his or her particular skill-set to the table when it comes to the ultimate plan. For example, they involve Claudia not only because Claudia needs to be there because she’s a character on the show, but because she is the only other person who’s ever managed to break into the Warehouse, and they need her to do so again.

And each of these characters is so important to each other because they have forever altered each other’s lives. The ripple effect that Pete’s absence causes is one which one might not necessarily have even considered, and then his absence leads to the other characters’ absences in one another’s lives. Artie being incarcerated means Myka and Claudia never got to know him, Claudia never got to free Joshua from his dimensional prison, and with Pete gone, Myka never got the chance to reconnect with her father, and he died, something they both prevented together.