Hello, everybody and welcome to the Farnsworth Society, where we, as a group, re-watch television shows that are dreampunk, steampunk, cyberpunk, anypunk-related and meet weekly to discuss each episode one at a time. Our first show is the steampunkalicious Warehouse 13 (it only seems fitting to begin the Farnsworth Society with this show, doesn’t it?). Today, we’re covering the third season’s “Insatiable”. And please fill up the comments with your own thoughts, remembrances, favorite things about the episode, absolutely anything. And, yes, spoilers for any other aired episodes from Seasons 1-3 are allowed. We considered making it spoiler-free, but then decided it would likely constrain conversation far too much. Let’s get to it, kids!

I can’t believe we only have one meeting left, and we’ll have completely caught up with Warehouse 13 (counting the weekly Season 4 reviews that we also featured here). So, with that said, let’s plunge into our penultimate post! “Insatiable” is a great, much-needed reprieve from the epic intensity of the second half of the third season which, for the most part, puts the main arc on hold in favor of a sprightly zombie fest and twist on the classic horror film that is as entertaining as it is clever. At the same time, the Donnor party jar manages to carry through the thread of the darker artifacts that have been at the forefront of the recent episodes, while Claudia’s B-plot, despite being comedic in execution, is darkly so, reflecting the sense of impending doom towards which the season is barreling at this point. 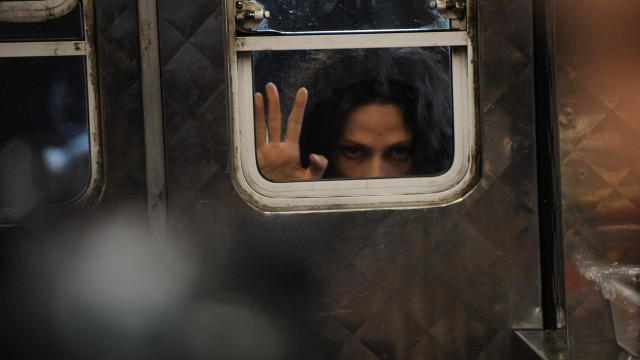 On the surface, as previously mentioned, “Insatiable” is Warehouse 13‘s spin on the zombie movie, inspired by the cultural meme that had hit its apotheosis when it first aired, with AMC’s The Walking Dead. Along the way, the show not only had fun with changing around the usual archetypes–for example, the “zombie curse” or plague or what have you actually wasn’t passed on by biting, and so Pete, who was bitten and gave Myka the classic put-a-bullet-in-me-when-I-turn speech didn’t become a zombie, whereas Myka ironically did, even though she didn’t even eat the burrito she’d paid for–but by shifting the gender paradigms of horror films as they usually do with Pete and Myka. To wit, when Pete and Myka are by the car and they hear the zombie off in the distance, Myka is the one who goes off to investigate, telling Pete to stay behind, a reversal on the stereotypical gender roles, as displayed by the guy in the teaser, who did the standard, chivalrous “Wait by the car, girlfriend, while I go off in the pitch dark to investigate something that will likely get me and then you maimed and killed.” The idea of food truck patrons being zombies is also a funny commentary on that particular hipster trend, which was interestingly parodied by the sitcom, Happy Endings, around the same time.

There’s an even deeper level to the zombie plot, however, and that is in how it thematically parallels Sykes’ plot. He is a similarly insatiable villain, someone who used to be human until contact with an artifact turned him into a soulless sociopath with a gnawing hunger within him that nothing has ever been able to fulfill. Meanwhile, as previously mentioned, the Fortune Telling Machine of Doom storyline also reflects and foreshadows the following two-hour season finale. Death may not be coming for Claudia directly but it is coming for her in another way, through a friend she loves as much as life. At the same time, Claudia’s paranoias and fears are exacerbated by how lonely and cut off she feels, not only being mostly alone at the Warehouse but with her best friend seeming to completely eliminate her from his life and with no explanation. As usual, Scagliotti is superb at navigating Claudia’s emotional depths, as this young woman who is finally starting to acclimate to a more stable life and who is beginning to get ever so slightly more comfortable with the idea of dating, tries to deals with her burgeoning feelings for the musician guy (who seems to have fallen for her because of being initially attracted to her talent) but feels completely out of her depth and abandoned because she has no one to help her. When she pushes him away, saying she’s marked for death, it isn’t so different from the actions of the girl in the previous episode, with whom she identified so much. 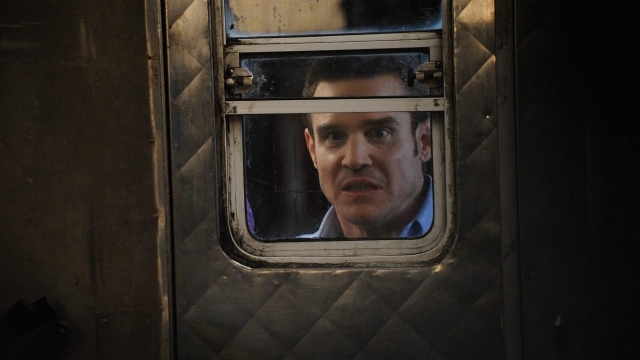 And speaking of Claudia’s best bud, Aaron Ashmore is fantastic this week, particularly when you know what’s actually going on with Jinks. His line readings are perfect. The first time around, Steve seems genuinely angry and, like Claudia, truly isolated from his friends, whereas the second time around, you can see in his eyes that, as he’s talking, he’s trying to figure out the best way to respond to Marcus and how to best sell his role as a spurned agent–not too eager so as not to seem suspicious but also open enough to the idea of getting his life back that his agreeing to listen to his offer sounds believable. The undertone of flirting earlier on in the scene, as well as the subtle suggestion that it’s a gay bar are masterfully conveyed without overemphasizing it. The matter-of-factness is refreshing, as is Diamond’s willingness to pose as being potentially interested in Steve romantically without any macho posturing, regardless of the audience never learning his true orientation. On a meta level, it’s also a reference to the actor, Sasha Roiz’s performance on Caprica as Sam Adama, a tough guy assassin who was also a gay man.

Favorite Scenes: Myka taking on the guy role and leaving Pete by the car. Pete’s reaction to being bitten. Pete and Myka at the food truck. Artie placing the inventor of the thermostat’s glasses on the zombie victim. Claudia’s set and her flirtation with the musician guy. Claudia’s reaction to the Sultan and near-death by drowning in the middle of the aisle.

Notable Quotables: Artie: Myka, what did you eat?
Myka: Eat? From a truck? What am I, Pete?

Myka: Let’s check out Lover’s Lane.
Pete: Okay, but I only go to third base. 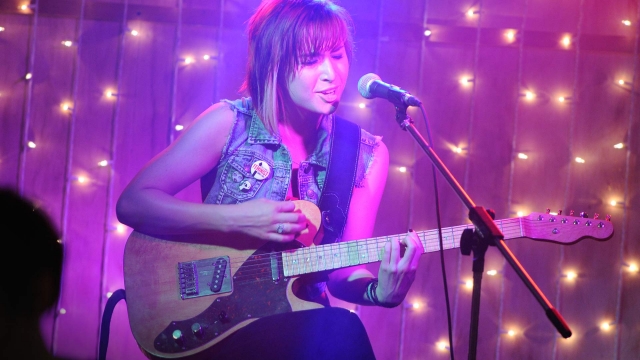 “And now the Sultan of Suckwad over there is trying to kill me.”–Claudia

Pete: If some psycho tried to off your mother, wouldn’t you want payback?
Artie: You never met my mother.

Claudia: Yeah, Artie, you specifically forbade me from–
Artie: I changed my mind. I’m mercurial. Deal with it.
Claudia: Yeah, not exactly the adjective I’d choose right now.

Continuity: After Mrs. Frederic “fired” him two episodes before, Jinks seems to be not taking it very well this week, though we learn the truth in “Stand”. When Myka refuses to believe that zombies might exist, Pete references Cinderella’s knife, which they snagged, bagged, and tagged in “Where and When”. Artie’s psychic bond with Trailer, which came into effect as soon as they both wore the fezzes in “Past Imperfect” are apparently still in effect. Pete’s fear of rats comes up again. This week we learn that ever since “Don’t Hate the Player,” Claudia is still performing at the local bar’s open mic night.