Hello, everybody and welcome to the Farnsworth Society, where we, as a group, re-watch television shows that are dreampunk, steampunk, cyberpunk, anypunk-related and meet weekly to discuss each episode one at a time. Our first show is the steampunkalicious Warehouse 13 (it only seems fitting to begin the Farnsworth Society with this show, doesn’t it?). Today, we’re covering the third season’s “Shadows”. And please fill up the comments with your own thoughts, remembrances, favorite things about the episode, absolutely anything. And, yes, spoilers for any other aired episodes from Seasons 1-3 are allowed. We considered making it spoiler-free, but then decided it would likely constrain conversation far too much. Let’s get to it, kids!

As befitting the increasingly darker tone set up in the previous episode, “The 40th Floor,” “Shadows” continues to ratchet up the tension with yet another disturbing artifact. Last week, we had the doorknob from the Triangle Shirtwaist Factory fire and the Berlin Wall spraycan, and this episode gives us the binoculars from the Enola Gay, which gazed upon the destruction at Hiroshima and now causes people at which they are aimed to similarly immolate, the only remnant left of them an eerie shadow on the wall. That etching of “God Forgive Us” on the artifact is chilling, further underlining that this arc means business. 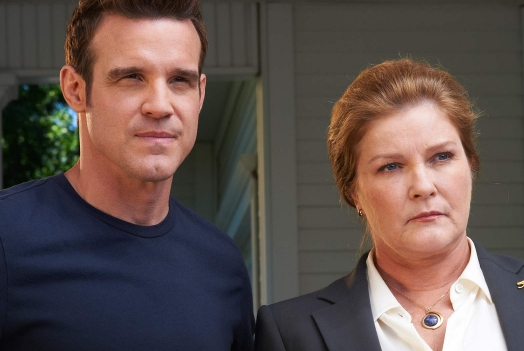 Metaphorically and thematically, shadows resonate throughout the episode: the shadows of Pete and his mom’s past, both the things she never told him and the tragedy that forever altered both of their lives, the institution-laden shadows of Claudia’s past, the shadows cast by this girl who believes she is cursed, the shadows in the soul of the young man who is stalking her, and finally the shadows cast by the darkness that took hold of a young crippled boy under the influence of an artifact that only seems to give you what you want. Jane tells Pete that when traveling into your own memories, you need an anchor, someone to pull you back so you don’t succumb to the tantalizing desire to remain in there forever. Memories may seem warm, comforting, beneficial but to do so would actually be harmful, just as Collodi’s bracelet gave Sykes something seemingly wonderful, the ability to walk, but actually planted a seed of darkness inside his soul, one which Jane was too late to prevent from taking root.

“Shadows” is a superb episode of Warehouse 13. It’s not as intense as “The 40th Floor,” instead allowing the audience and the characters some time to breathe, while still edging the arc further and further along before the cataclysmic drop in the two-hour season finale. Although the story of Megan, played by Caprica‘s Alessandra Torresani, may be mainly standalone, the artifact affecting her life is killing people one by one, just as the Regents are being hunted down, and her fears about not understanding this part of herself are reflected both in their similarities to Claudia as a person and in Pete, who seemed to discover last week that he didn’t know his mother at all. Regarding the former, Megan provides a perfect opportunity for Claudia to actually bond with a young woman her age. This might be the first time this has ever happened, knowing how uncomfortable she is with people her age, and also knowing how rare it is for socially awkward people to communicate with one another, ironically due to the very thing that keeps them from relating to the rest of society. That scene in the graveyard where they start to relate to each other is one of my all-time favorite Claudia moments and a real turning point for her character in many ways. 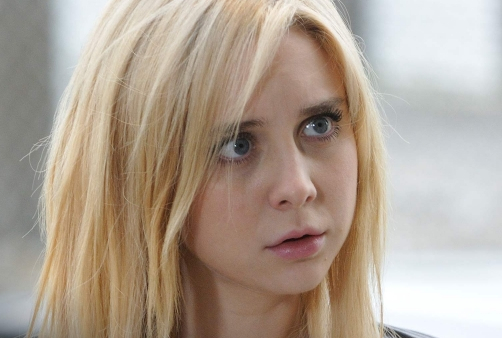 Meanwhile, regarding the latter, Pete’s initial reaction to his mother’s deception might not be particularly surprising but it is deeply felt. For as goofy and childish as Pete can sometimes be, he can also be an incredibly soulful and sensitive character. As I’ve said before, he has many stereotypically feminine traits that make him much more interesting than the typical male action lead, and when he discovers the truth about his mother, he is deeply hurt. Both Eddie McClintock and Kate Mulgrew are absolutely wonderful together. Their mother and son relationship feels legitimate, this verisimilitude manifesting itself in his initially wounded response to her, in their squabbling, and in their shared apology later on in the episode. Mulgrew in particular is just astonishing, given that she’s playing a new character but doing so in a way that feels fully lived in. Her responses to seeing Pete, to seeing her daughter in the flashback, to seeing her deceased husband again, feel immediate and real. And, of course, we learn that while Pete’s dad passed his heroism onto his son, Jane Lattimer actually passed on an intrinsic part of what makes Pete, Pete–namely the vibes. It makes a great deal of character sense that Pete got this from his mom, and it’s particularly lovely that they not only have this secret in common but that they were both inspired to do so by Pete’s dad and his philosophy about sometimes needing to be away from those you love in order to save them and others.

The episode’s culprit, an intense, lonely young man who basically lashes out at the world when he doesn’t get what he wants is also a neat parallel to Sykes, who himself is an interesting flip on the young boy from earlier this season in “3…2…1…” who, as an adult, inadvertently killed many people while trying to reach what he thought were aliens to ask them why they killed his father. Sykes also grew up having suffered from a childhood trauma, but his reaction is brutal and completely purposeful.