After the revelation of Pete’s mother, the second biggest twist of the episode has to be what happens to Jinks upon being confronted with Mrs. Frederic’s do-not-mess-with-this-woman methods. After a unusually prolonged absence (if one watches the episodes as they originally aired, rather than cutting in with the Christmas episode, where it chronologically fits, as we did), Mrs. F returns with a vengeance this week, torturing Agent Stukowski in an attempt to secure information from her. We always knew that Mrs. Frederic was capable of being a Very Scary Person, but never before have we seen her this furious, like a lioness, attacking the woman who had brutalized and killed her friends. And poor Jinksy. Being that philosophically disturbed by her methods at this moment in time is completely understandable. You also have to give him credit for bravery by actually standing up to someone as intimidating as she. On the other hand, pulling his gun on her also seems inherently unwise, not only due to Mrs. Frederic being extremely powerful but also because, as we see, it gives Sally the advantage she needs to escape. Though he may not be comfortable with the idea of torturing Sally, the fact that she is a person who has actually been able to get around his natural lie detector likely should have indicated to him that he should have been more on his guard with her than he actually was. Instead, he allowed his discomfort to distract him from keeping his eye on her. He was focusing on Mrs. Frederic’s questionable actions rather than Sally’s far worse previous ones, which is in character and, again, understandable, but not a particularly smart move. 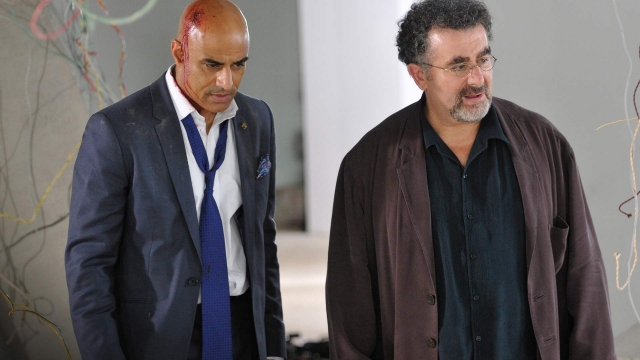 And, as he tells Claudia afterwards, Mrs. Frederic punishes him by firing him. Or so it seems. We later learn the truth, that the firing is a front in order to secure him an undercover position in the Big Bad, Sykes’ operation. As angry as she might have been at him, Irene Frederic is an extremely intelligent woman, and it seems that, even amidst her anger, she was able to take note of how admirable and brave it was for Steve to stick to his principles, even in the face of someone as powerful as she.

Favorite Scenes: The harrowing opening scene. Claudia Tesla-grenading the security guards while riding the turnstile door. Any time that Myka gets to interact with Jane. Claudia taking over the henchman’s GPS. Pete drawing the peace symbol. Steve’s heartbreaking goodbye to Claudia. That fantastic final moment.

“Yeah, even I’m getting a bad vibe.”–Myka

“You know, Sally, even if I did like girls I’m pretty sure an hour with you would turn me gay.”–Jinksy 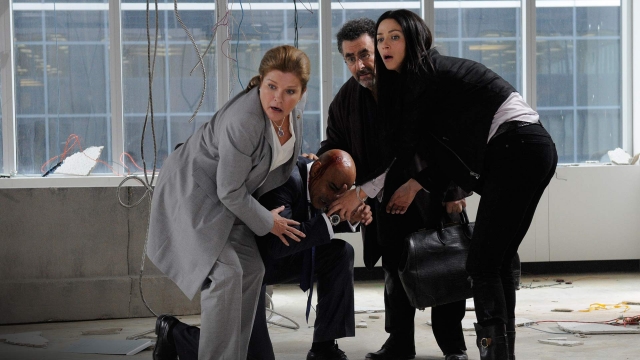 Continuity: Kasan appears again in this episode, as does, tragically, Theodora Stanton. We finally meet Pete’s mom this week. We also learn more of the Warehouse mythology, including that the Regents used to be Warehouse agents. Some viewers were confused by this wording when it first aired, assuming that it meant that the current Regents were themselves agents, but the writers later clarified that they’d meant that the Regents as an institution originated from former agents, meaning that the present-day Regents were never regular agents, but the first generation was. We learn that the Warehouse’s last line of defense is the Guardian, who wears a sort of shackle that mystically protects the Warehouse. That role passes on to Jane in this episode. The gang finally captures Sally Stukowski in this episode, and after she escapes, she is killed by her boss. Although Jinks can detect lies, he couldn’t detect Sally’s phony accent, which either means that he can only tell when a direct lie is told to him, based on phrasing (there’s evidence for this, given that Sally was able to talk around the truth int he past), or that she has some power to override his power, either due to an artifact or an inborn innate skill to lie–a superpower of sorts that counteracts his. At the very least, we know she’s extremely skilled at it, being a double agent, so perhaps Steve’s power, while very, very good, isn’t infallible.