[Note: The following post contains spoilers for the Star Wars: The Clone Wars episodes, “Overlords,” “Altar of Mortis,” and “Ghosts of Mortis”.] 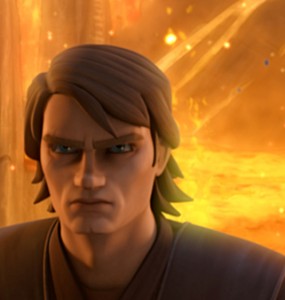 What I might love most about The Clone Wars is how expansive it is, encompassing and having the time to explore practically every aspect of the Star Wars universe, from the mythical to the political to the comedic to the simply human and everything in between. It has episodes and arcs that are quite grounded in the reality of the running of government, diplomatic efforts, bank deregulation, trade embargoes, and so on and so forth, others about the psychological toll of war, and others that tap directly into the mythological, operatic, Campbellian sweep that first inspired George Lucas to craft his space opera in the first place. (And it is to the show’s enormous credit that even the episodes of a less prominently mythically archetypal nature demonstrate the indelible connection between humanity and mythology. When Padme makes her grand speech to the Senate, striking arguably the first true blow Palpatine has ever suffered, it transcends mere politics, temporarily seeming to stave off the inevitable course of this universe’s history.)

But although in its first two and a half seasons Clone Wars had delved deeply into mythology, it had never done so to the extent of the Mortis three-parter (3.15, “Overlords,” 3.16, “Altar of Mortis, and 3.17, “Ghosts of Mortis”), which for the first time explores Anakin’s journey and internal conflict on a truly cosmic scale. And while, at the time, the series writers didn’t know that the show would only last 5 seasons, it feels fitting, in retrospect, that these episodes happen at about the narrative’s halfway point. And you can tell that these episodes were meant to be extremely important ones indeed, featuring not only the series’ first completely overt reference to Darth Vader, in the form of an actual glimpse of his helmet in a mindblowingly ingenious vision sequence that contains numerous flashes of what is to come, but appearances from Anakin’s mother, Shmi (or at least the character of the Son wearing her guise), and Qui-Gon–voiced by Liam Neeson, no less! 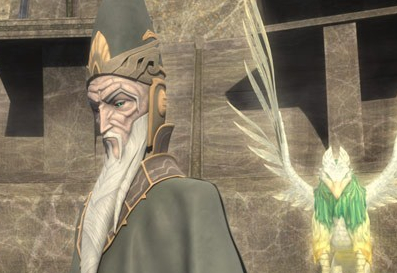 One of the challenges in telling the story of young Darth Vader has always been in marrying realistic character development for a relatable young man–as we observe how even the best among us can be gradually, subtly lured in by the power of Dark Side–with the knowledge that he will one day lose his humanity and become a mythic force of evil, and while up to this point Clone Wars had dealt with Anakin’s impetuous-verging-on-dangerous-at-times nature and had subtextually foreshadowed his descent into Vader, it hadn’t confronted one of the central plot points around which Episode I hinged, namely the idea that Anakin was the Chosen One, prophesied to bring balance to the Force. But what does bringing balance to the Force actually mean? These episodes endeavor to address that question and they do so in a manner that allows the story to retain its elusively mythic quality (as I’ve spoken of before, definitive answers are not mythology’s stock in trade) while also hinting at solutions both literal and figurative. And even the initial, literal one is rife with symbolism. This is really quite a remarkable arc for the series.

So many twists, reversals, thematic resonances, and more occur in these episodes that I couldn’t possibly cover them all, so instead I will simply sum up its crux as being that Anakin, Obi-Wan, and Ahsoka are taken to a seemingly higher plane, outside of known space and time, where they meet three seemingly godlike beings who are basically different aspects of the Force itself made manifest in physical forms. There is a Daughter, who represents the Light Side, a Son who represents the Dark, and a Father who has spent years doing his best to keep the two in check, allowing neither to overwhelm the other, but who is now gradually weakening, due both to old age as well as the Dark Side’s currently ever-increasing power. Similar in ways to the concept of the Great Chain of Being, what happens to these overlords is reflected in the world at large. At the same time, these overlords seem affected by the outside world, as well. In one sense, it seems that the Sith might be gaining power due to the Son succumbing to the Dark Side, his fall rippling outwards and affecting the  galaxy, while in another, the Dark Side’s increasing hold on the Son seems like it might partially be the result of all of the darkness proliferating throughout the galaxy as the result of the Clone Wars. The fates of these beings and the world are inextricably linked.