In addition to countless, brilliant book reviews that examine science-fiction and fantasy works from just as critical an eye as mainstream literature receives, Pornokitsch also features the popular Monsters and Mullets, in which Perry hilariously reviews various fantasy and monster films from the 1980s, along with its own annual book awards, The Kitschies, which have grown quite prestigious in the past few years.

Last year, Perry and Shurin also formed a publishing house, Pandemonium Fiction, which has already released a number of speculative fiction short story anthologies and chapbooks, the most recent of which, Stories of the Smoke, is a collection of stories that takes us on a tour of the dark side of London, past, present, and future, as filtered through the eyes of Charles Dickens.

Without further ado, here are Jared and Anne…

Q: Although clearly a brilliant stroke of innovation, many might wonder at your site’s name. Wherefore Pornokitsch?

Anne: The long answer is that our mission is to take everything seriously, no matter what environment it was produced by or in. Genre fiction is considered the kitsch of the literary world. Pornography is created to be disposable and forgettable, the same way kitsch is disposable and forgettable art – and we think any book (or film) that someone labors over deserves to be taken seriously and considered as part of a meaningful discussion about literature as a whole.

Jared: Anne wrote out a longer version of the long answer on our site, here. 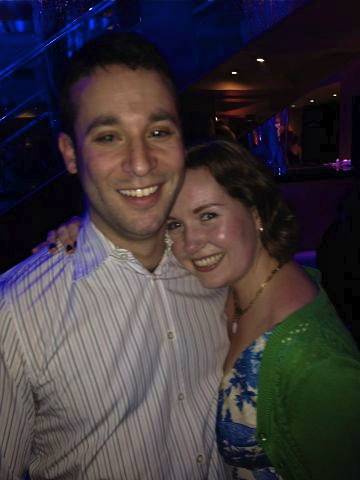 Q: How has Pornokitsch grown over the past few years? It seems to be a presence that can be found offline (at conventions such as Eastercon and even awards shows) as well as online, these days.

Jared: We’re approaching our 5th anniversary now, which, in blog years, makes us something like a billion. The blog is still the center of everything. The mission, as Anne mentions above, is still the same – to treat all the fun stuff seriously…. but in recent years we’ve been fortunate enough to add a few other projects to the fold.

We’re starting the fourth year of The Kitschies, which began on the blog and then quickly became something more. They now live in their own space, with their own site, sponsor, judging panel, and events. But it’s all still part of the same idea – to take genre seriously and find the books that are elevating the tone of the discussion. Even the events are all part of this, they’re an opportunity for folks to meet up and examine their shared interests from new perspectives (the rum helps!).

Q: Could you tell us a bit more about The Kitschies?

Anne: The Kitschies had a sort of quiet start to life – they were a way to make a “best of the year” list that wasn’t just another best of the year list. We liked the idea of treating the list like an awards shortlist instead of a random “shit we like” collection, so we started putting some thought into how we could make it mean…more. We implemented real criteria instead of just randomly picking our favourite books, and it has just sort of grown from there. Judging panels came the third year. And a sponsorship.

Q: With The Kraken Rum, correct? Did they approach you?

Jared: We actually approached The Kraken. We were looking for a partner to help us make the leap from a ‘prize’ to a Prize, if that makes sense. But it was the easiest pitch process ever and the quickest sponsorship deal: a match made in heaven (or in the briny deep). Tentacles for all!

Going back to judging panels for a moment, this year we have Patrick Ness (winner of last year’s Red Tentacle Award for A Monster Calls) as one of the literary judges – replacing Lauren Beukes (the 2010 Red Tentacle winner for Zoo City). We also have a whole new panel of judges for the Inky Tentacle, the cover art prize. They’re all artistic, insane and utterly lovely. 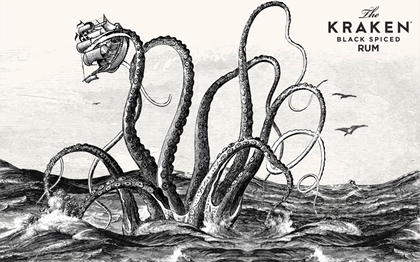 Q: Does the Kitschies panel meet in person, or do you work via the interwebs?

Anne: Mostly in person. Lauren called in via Skype, and the rest of us sat around our dining room table and drank too much red wine and we all shouted at each other (it was all very friendly, I swear) for a few hours a pop. Then we’d carry the conversation over to email.

Q: Did the judges’ tastes generally tend to be similar or were there any knock-down, drag-out fights?

Anne: More discussion than fights. We all had what might be considered a similar taste-scale, but we were positioned on different ends of it.

Jared: We argued all the time. It was wonderful. Anyone that doesn’t feel passionately about this stuff shouldn’t be judging.

Q: Awesomesauce. You mentioned new publishing ventures, earlier. How do they tie in to the site mission and your aesthetics? Argumentative or otherwise?

Jared: Our Pandemonium anthologies are all about demonstrating the relevance of science fiction, fantasy and horror. We put together themed anthologies of original fiction in partnership with organisations and events.

For example, our first collection, Stories of the Apocalypse, collected stories about the end of the world, as inspired by the art of John Martin. We worked with Tate Britain for it, as they had an exhibition of Martin’s art at the time. We strongly believe that genre fiction can address themes and topics in ways that no other literature can – there are no boundaries, so there’s so much flexibility and imagination.

In short: We make books that we like to read. Hopefully, other people do too.

Anne: The model is really interesting, as we’re a true vanity press – all the money goes back to the authors and to a charity partner (different for each book). So it is all for a good cause, as well. Everyone should buy them.