And now we’re finally on to the piece de resistance, Marvel’s The Avengers.

Having been a superhero fan since I was wee little, Marvel’s The Avengers was quite literally a film that I’d been waiting my whole life to see. While the idea of shared continuity between various superheroes is standard in comic books, as well as in their animated TV adaptations, this sort of thing had never been accomplished on film before this film. Due to rights issues and the sheer logistics of getting so many diverse fictional characters together on screen, I really never thought we’d see so many different superheroes fighting side-by-side in a movie, unless they were original characters like The Incredibles or, as in the case of Mystery Men, they were originally written as a team. But here we can finally watch Iron Man, Captain America, Thor, The Incredible Hulk, Black Widow, Hawkeye, Nick Fury, etc. interacting (and often fighting) with each other, and that alone is immensely cool.

The fact that the film was written and directed by Buffy creator, Joss Whedon, makes it immensely cooler, because if there is one thing the man is most brilliant at, it is conveying dense character development through tight, economical, and often very funny dialogue–and never funny in a “going for a cheap laugh” way but in the sense that these characters are being boiled down to their essences, sometimes with just a handful of words. As much as Christopher Nolan’s Batman films strive for overwhelmingly grim verisimilitude, there is something highly theatrical and stylized about their oh-so-serious angst which ironically serves to make them less real. By comparison, the way Whedon writes these characters, powers aside, they remain down to earth–even Thor and Loki, in some ways, despite their grandiose mode of speaking. The characters talk, argue, and react to each other as real people do, sometimes very pettily. But when pettiness rears its head, it often springs from the characters’ legitimate personality-based and philosophical differences and personal insecurities.

And they also connect to each other as real people do. They discover often surprising similarities between one another that serve to make their relationships even more meaty and complex. Whedon also downplays even revelatory moments so they more closely approximate how such moments would transpire in the real world. For example, when Bruce Banner reveals one particularly personal and disturbing secret about his past, Whedon doesn’t use it to enhance melodrama. Banner simply tells it to the other characters in a scene in which a lot of other things are going on, and it is all the more powerful for it. When the film brings the full-on action, it is thoroughly awesome, but it is all the more so because these characters aren’t the equivalent of plastic action figures being moved around Michael Bay-style as set-ups for explosions and effects. We care about them because the film’s creators care about them. 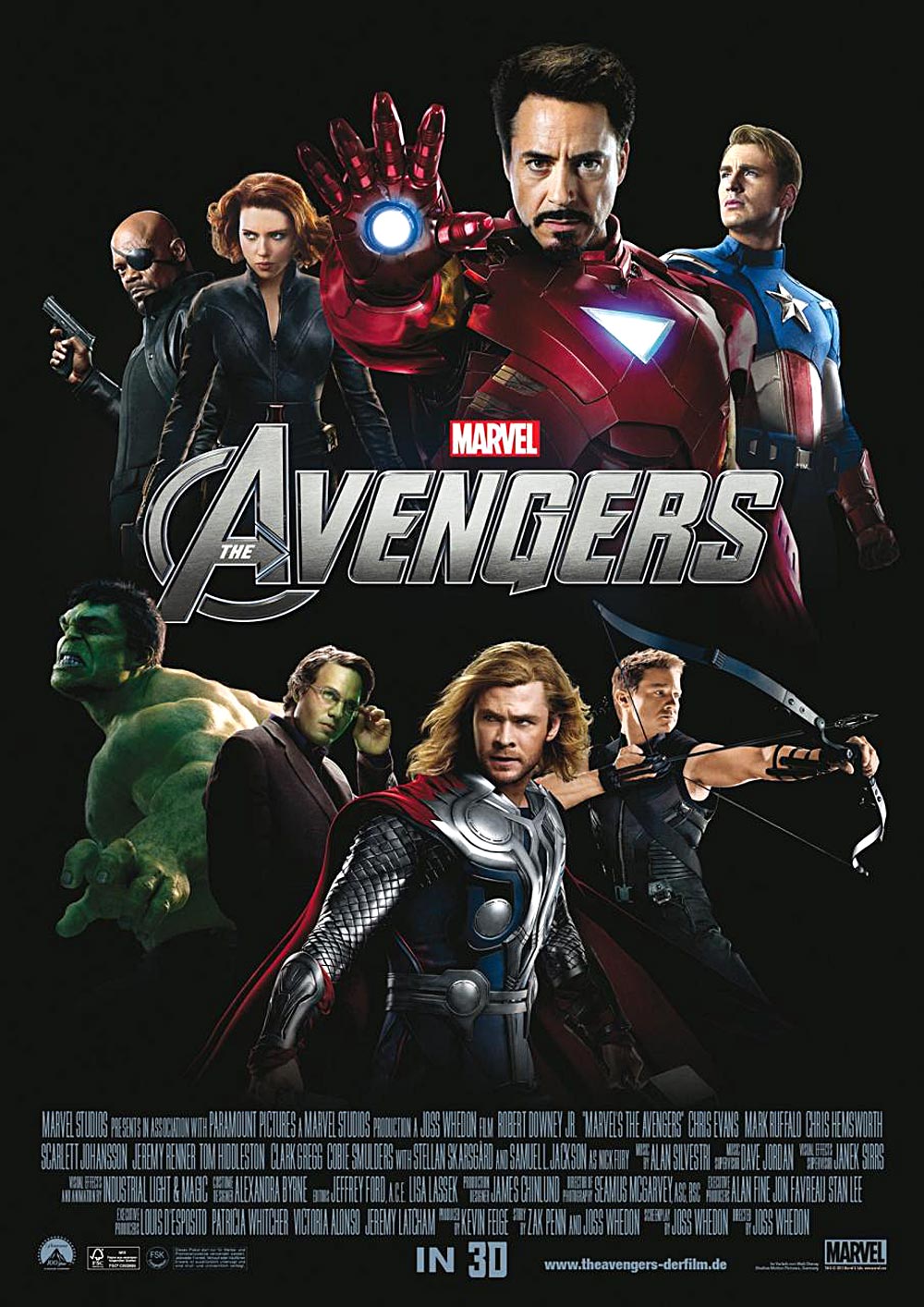 Whedon is working with a huge number of characters, threads, and plots here. In addition to the eponymous protagonists from the earlier films in the Marvel Cinematic Universe–Iron Man, Iron Man 2, The Incredible Hulk, Thor, and Captain America–and other heroes (and in Loki’s case, a villain) from those films, we also get appearances from some of their other recurring characters, such as Tony Stark’s girlfriend, Pepper Potts (Gwyneth Paltrow), and the infinitely, effortlessly cool S.H.I.E.L.D. agent, Phil Coulson (Clark Gregg). Somehow Whedon manages to juggle these seemingly zillion balls in the air at once and not drop a single one. Every major character–and even a lot of the minor ones–have significant arcs, and never for a moment does it ever feel like any of them are upstaging or overwhelming any of the others.

You might think that the brilliantly narcissistic showman who is Robert Downey, Jr.’s Tony Stark would come in and steal the spotlight from everybody else. And the nifty thing is that he tries to–oh, boy, does he try to; if he didn’t, he wouldn’t be Tony Stark–and yet he doesn’t succeed, neither does he intimidate them. His interactions with Chris Evans’ Captain America are particularly interesting since their issues with one another spring not only from philosophical differences but from the specter of Howard Stark.

Tony seems to be largely pre-judging Steve out of a sort-of jealousy surrounding his father’s feelings of pride in Cap (In retrospect, one could even say that Tony’s decision to become Iron Man might have subconsciously sprung in part from a desire to impress his dad as much as Captain America did back in the day, as well as from perhaps wanting to show him up a bit. Further, the very existence of Captain America–who is kind of a walking, talking piece of Stark weapon technology–reignites Tony’s gut response of trying to distance himself from his father’s role as weapons manufacturer.), whereas Steve is probably judging Tony in comparison to his father, as well. As far as Howard’s negative qualities–his playboy ways and shallow showmanship–Steve sees those in the man’s son. Unlike his father, though, Tony wants to distance himself from the military and Steve notes the hypocrisy in that: he sees Tony as wanting to capture all the glory that a hero gets (and with lots of high-tech weaponry to boot) but without the responsibility of having to comply with any sort of command structure.

At the same time, there is the irony that, years back, Captain America was–for a period of time, and, granted, against his will–a seemingly shallow celebrity himself, and he eventually managed to exert control over his life and do actual good, just as Tony did. They’re more alike than they initially realize, and, while their methods can be very different, they have the same ultimate desires and goals. It’s to Whedon’s credit that he manages to convey these nuances to their relationship with great subtlety and nary a sledgehammer in sight (and, as in the Captain America film, refuses to reduce the Cap to a simple jingoistic stereotype, despite Tony’s attempts to characterize him as such). Whedon simply hints at these layers, leaving it up to the viewer to connect the dots from the previous films, which is another strong point of this film: it unites all of the aforementioned Marvel films into an extremely satisfying whole. He drops each puzzle piece into place, making a cohesive, epic story out of all 6 films. He writes the characters in such a way that you could follow all of their emotions and drives without having seen the earlier films but would get so much more of it if you have.