And now, years later, I’ve decided to finally revisit this cherished series from my childhood, in order, continuing with the twentienth episode, Cinderella, which first aired on August 14, 1985, when I was just over 4 years old… 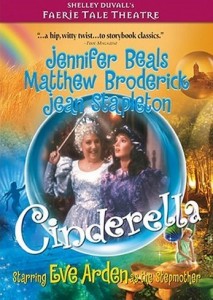 With this episode, Faerie Tale Theatre finally tackled what is arguably the most famous fairy tale of all time and did so with mostly excellent results. Ironically, Jennifer Beals’ performance as Cinderella is likely the episode’s only true weak spot. Her line readings are just a bit too bland, making her seem not fully emotionally invested in the role. At the same time, it’s pretty incredible that Jennifer Beals of Flashdance fame and a pre-Ferris Bueller Matthew Broderick played Cinderella and her prince on TV, making them possibly the Eightiesest screen couple to have ever Eightiesed, at least when it comes to the then-youth demographic. 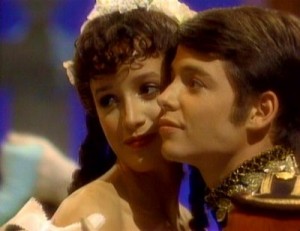 A totally 80s Cinderella and Prince.

Add to this the beloved Jean Stapleton, best known from her iconic role as Edith Bunker on All in the Family–making her third Faerie Tale Theatre appearance, counting her performance as the Giant’s Wife in Jack and the Beanstalk and her out-of-character appearance in Greatest Moments–as a decidedly Southern Fairy Godmother who loves yanking Cinderella’s chain almost as much as she loves the girl… 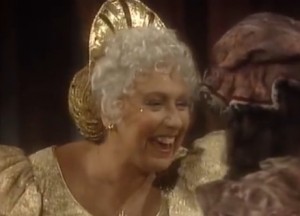 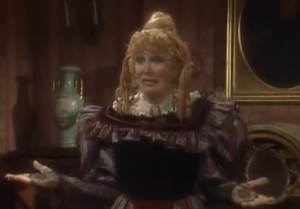 …and you have one of the most all-star casts that Shelley Duvall ever assembled for an episode of the show.