And now, years later, I’ve decided to finally revisit this cherished series from my childhood, in order, continuing with the sixth episode, Jack and the Beanstalk, which I’d never seen before now and which first aired on September 8, 1983, when I was just about 2 1/2 years old… 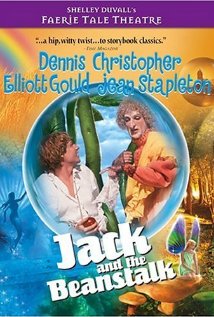 “Jack and the Beanstalk”

Jack and the Beanstalk is…not the greatest episode of Faerie Tale Theatre. That isn’t to say that it doesn’t have its charms, as all the episodes that I’ve seen and can recall do, but let’s just say that, having never seen this before and having been quite eager to (there were brief clips of it on at least one of the Faerie Tale Theatre videos I had as a child, and it was always one of the ones I really wanted to get my hands on but never had the chance), I really wasn’t missing much all of these years.

There are a few things that really work about this episode, and they’re almost all due to the actors. Dennis Christopher makes a very appealing Jack. Although his Jack is a bit dim and klutzy, there is something so good-natured and open-hearted about him that it’s easy to root for him throughout. He captures the spirit of an adventurous, optimistic young boy so well that one doesn’t even blink at the fact that he was about 28 at the time.  It’s a fantastic, genial, comedic performance. 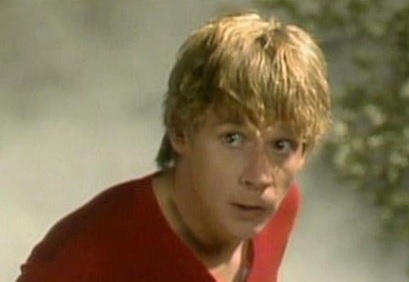 Meanwhile, Katherine Helmond is wonderful as his cranky, beleaguered mother. Even though the bulk of her job is to be dismayed at Jack’s simpleminded decisions and harebrained schemes, and then to rejoice at his triumphs, she makes her funny and even relatable, or as relatable as a fairy tale character in a 1980s cable show can be. 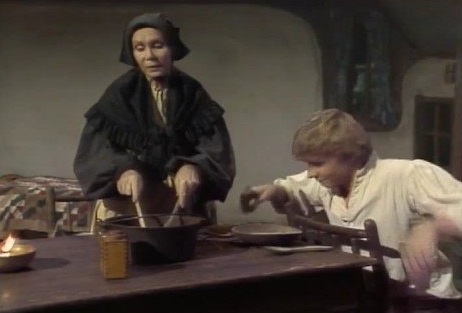 Jack and his mother.

No one, however, seems to be having more fun on camera here than the giants. Elliott Gould makes for a very broadly played Giant, with less intelligence than a golden egg and a dull voice that makes it sound like he has a perpetual head cold. 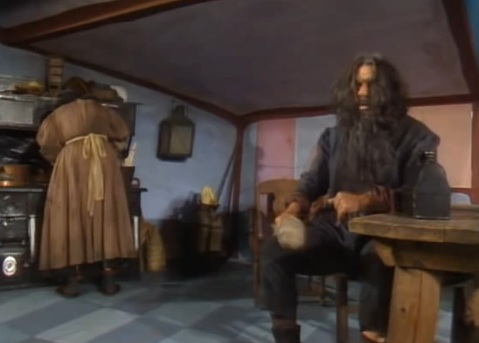