Beneath the Surface: “Sanctuary,” Season 3

[Note: The following review contains major spoilers for Sanctuary, Seasons 1-3. You might want to not read, if you haven’t seen the series.]

Sure, the first two seasons of Sanctuary had some steampunk elements, particularly whenever we got a Victorian-set flashback or when any of the other Five came around to play, but neither delves nearly as far into the genre as my new favorite, the third, which not only features Hollow Earth–a concept that appeared before the 19th century but particularly captivated the imaginations of Victorian science-fiction writers such as Jules Verne in Journey to the Center of the Earth–but Praxis, a massive, retro-futuristic, Victorian-looking city located beneath the surface, along with H. G. Wells-a-licious time travel and the (fictional) man who inspired Robert Louis Stevenson’s Dr. Jekyll and Mr. Hyde. 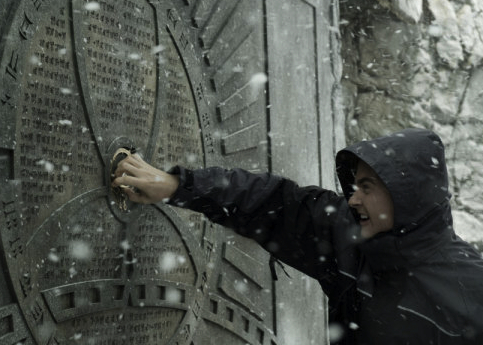 Will opens the door to Hollow Earth

Also adding to my overall joy in this season is how extremely serialized it is. You might recall that, for me, one of the major drawbacks of the second season was how, after a really smashing, runaway train of an opening arc, the series returned to a mainly standalone format for the bulk of the year. Well, the third season certainly has some standalones but, like the first, it has a strong central arc that continuously drives the action forwards. What’s even better is that it’s a much more intricately plotted arc with numerous mystery elements that assemble over its course–many of which, at the start, seem unconnected but which gradually fall into place quite elegantly, for the most part.

The plotting here isn’t above reproach. There are a few dangling threads that aren’t explained to my full satisfaction, but there is so much sheer ingenuity and often breathtaking imagination on display here–that first reveal of the holographic map of Praxis genuinely made my jaw drop to the floor–not to mention brilliant character writing that I’m willing to give the creative team the benefit of the doubt that perhaps time requirements prevented them from fully explaining all of the narrative twists and turns.

In order to get my qualms out of the way first, though, my questions regarding the season’s plot are as follows: 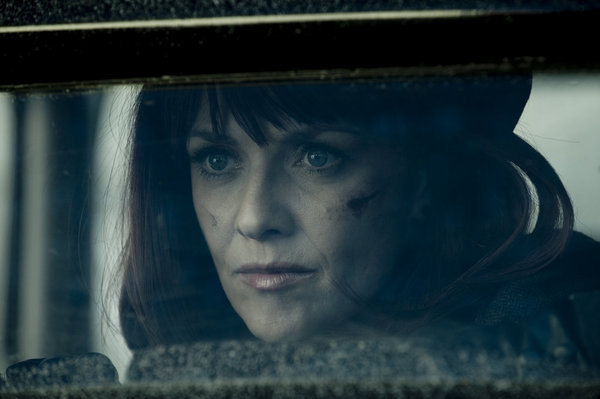 Magnus, being her badass self

My personal theory for explaining the first question is that Gregory Magnus was actually born a Praxian but left to explore the surface in the mid-to-late 19th century and remained there for a number of years after meeting and falling in love with Helen’s mother, deciding to return after she had died and Helen was older (particularly given that he knew she would live practically forever so they would meet again one day). This isn’t fully supported by the text of the show, but I think it’s the most interesting explanation, as it might indicate just why Gregory was such a cutting-edge scientist (I mean, just look at those traps he created to keep the source blood safe) and might even explain, at least in part, why the technology and styles of the Victorian era resembles Praxis’ design in so many ways, given that Gregory seemed to be a powerful, influential man.

If Gregory had simply managed to investigate and learn a bit about Praxis before going down there, he might have somehow been able to create a rudimentary map and leave it for Helen, but that hologram/super-computer was clearly Praxian technology, and if Gregory were a Praxian, it would make his hiding it in birthday gifts for his daughter even more significant, because he is then making her birthright available to her, once she cracks the code. The show also never directly explains why Gregory is so long-lived, though we can extrapolate that it is thanks to Praxian medicine (which cures Helen of severe radiation poisoning with a single shot). How much more interesting would that be, though, if he was a Praxian to begin with? The second question could be explained by him missing his daughter and wanting to send her a message but being intercepted by the Cabal before he could reach her.